Oh, it’s been a busy week! You guys, it was awesome! I just got back from Futurescapes, which is an awesome, intense workshop for science fiction and fantasy writers. Hosted at the Sundance Ski Resort in Utah’s Provo Canyon, it was three days of meeting in small groups with agents, publishing house editors, and published authors to get their critiques (and those of other group members) of a couple of my manuscripts. Since attendance at the conference was capped at about 60 to allow for close attention by the agents, editors, and authors, I had to submit a writing sample. And, once accepted, I had to pay a relatively large sum to go, but it was so worth it.

I was assigned to three separate groups of about eight people each, each group led by a different literary agent. My first group (go Group A!) was led by Seth Fishman, an agent with the Gernert Company. The members of that group reviewed the first ten pages of my book Stranger in My Own Head. While I had already had those pages (and more) critiqued and beta-read, and I’ve queried (i.e., sent a cover letter about and the first few pages of one of my books) and revised that book several times, I still haven’t received an offer of representation for it, and the feedback the group, and especially Seth, provided was invaluable. Until I send that manuscript out for critique and no one finds anything wrong with it, I’ll keep working on it until it gets published. 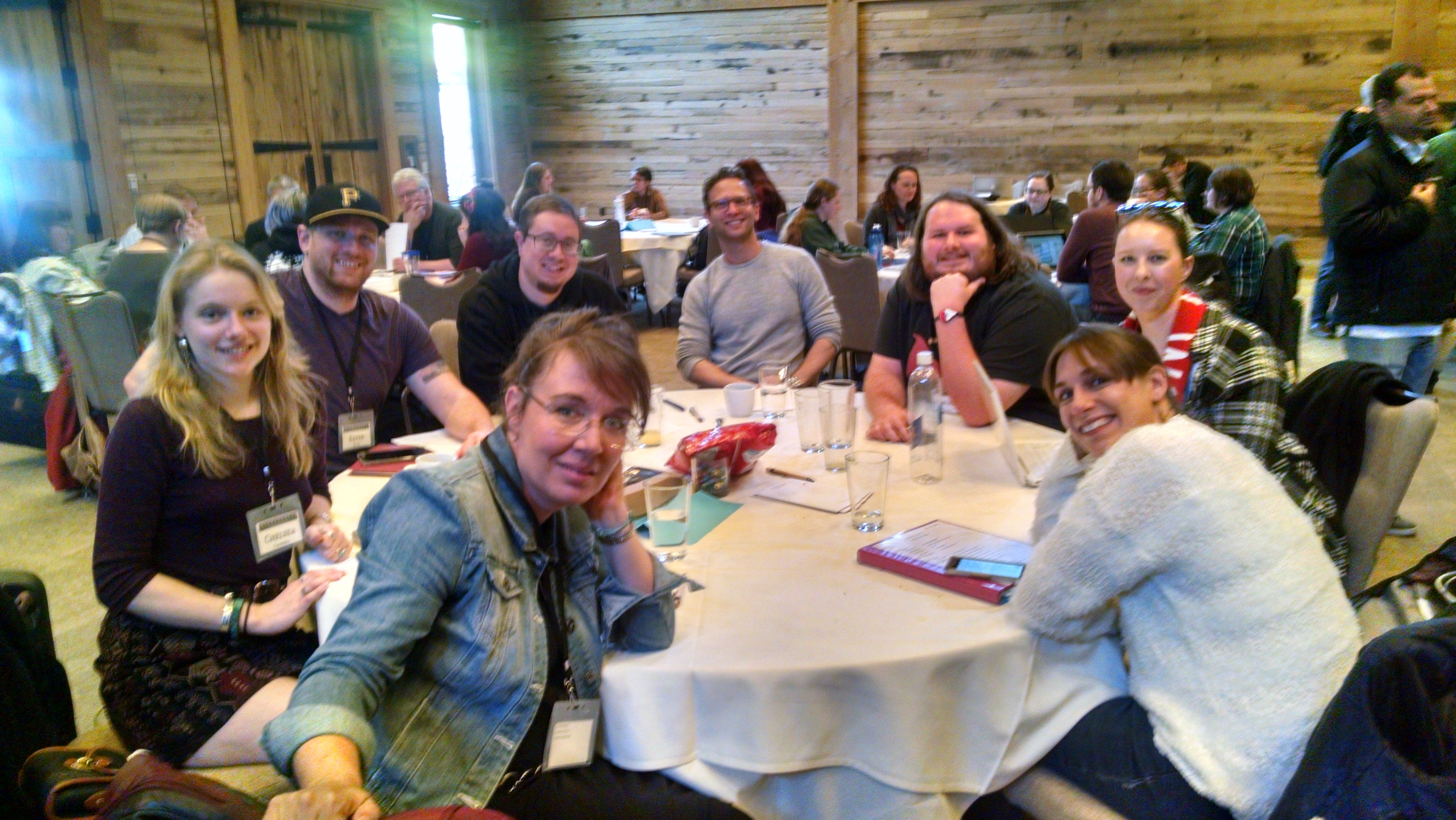 Seth’s the one in the gray sweater in the back. 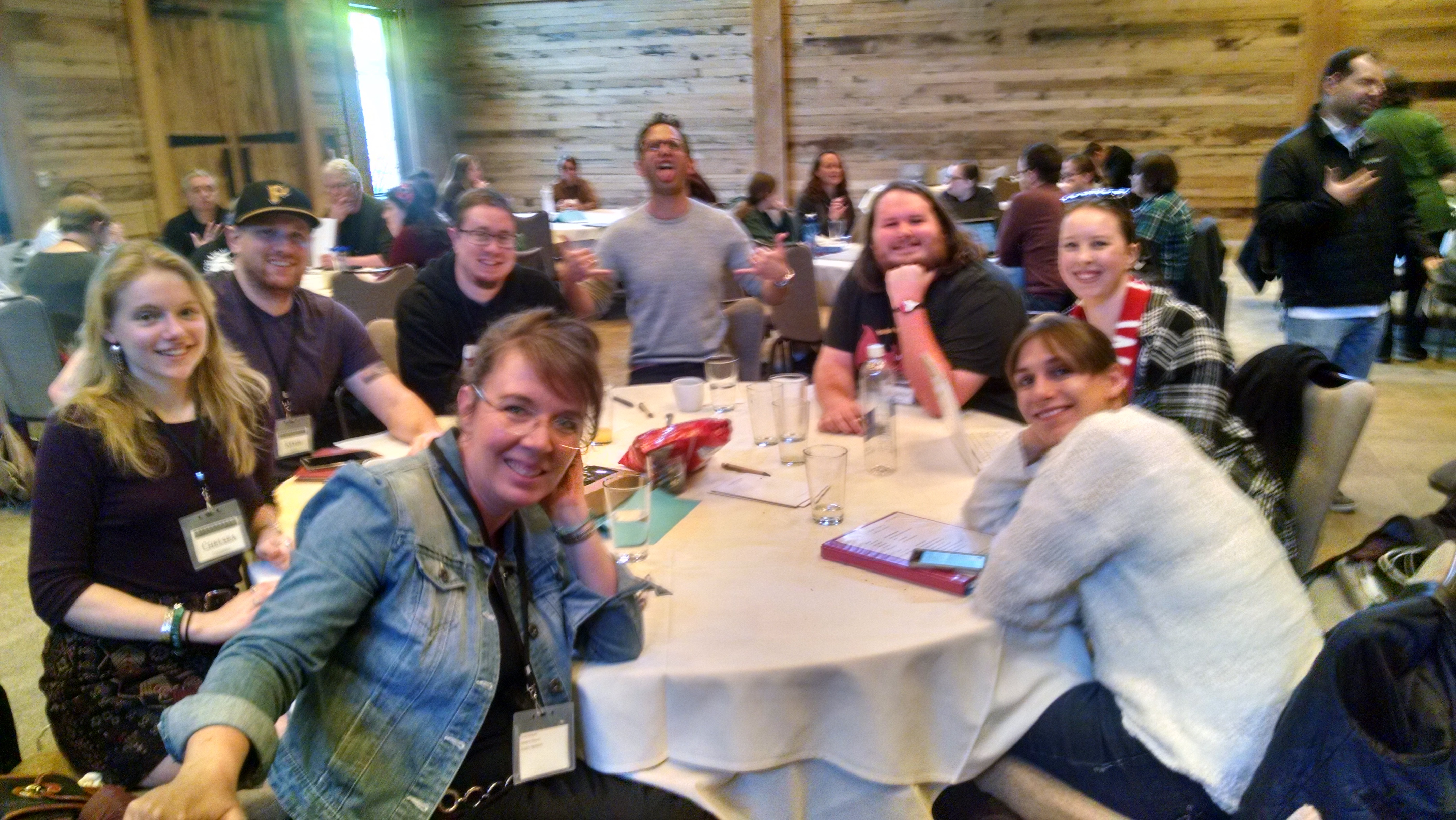 My group B, led by Thao Le, an agent with Sandra Dijkstra, reviewed my query letter for Stranger, and my group C, led by Martha Millard with Sterling Lord Literistic, critiqued my Stranger synopsis. All of those agents specialize in science fiction or fantasy, and a couple of them specifically requested that I query  them, which is very exciting. The food was great, although the food served at the reception Tuesday night was…interesting (see below). 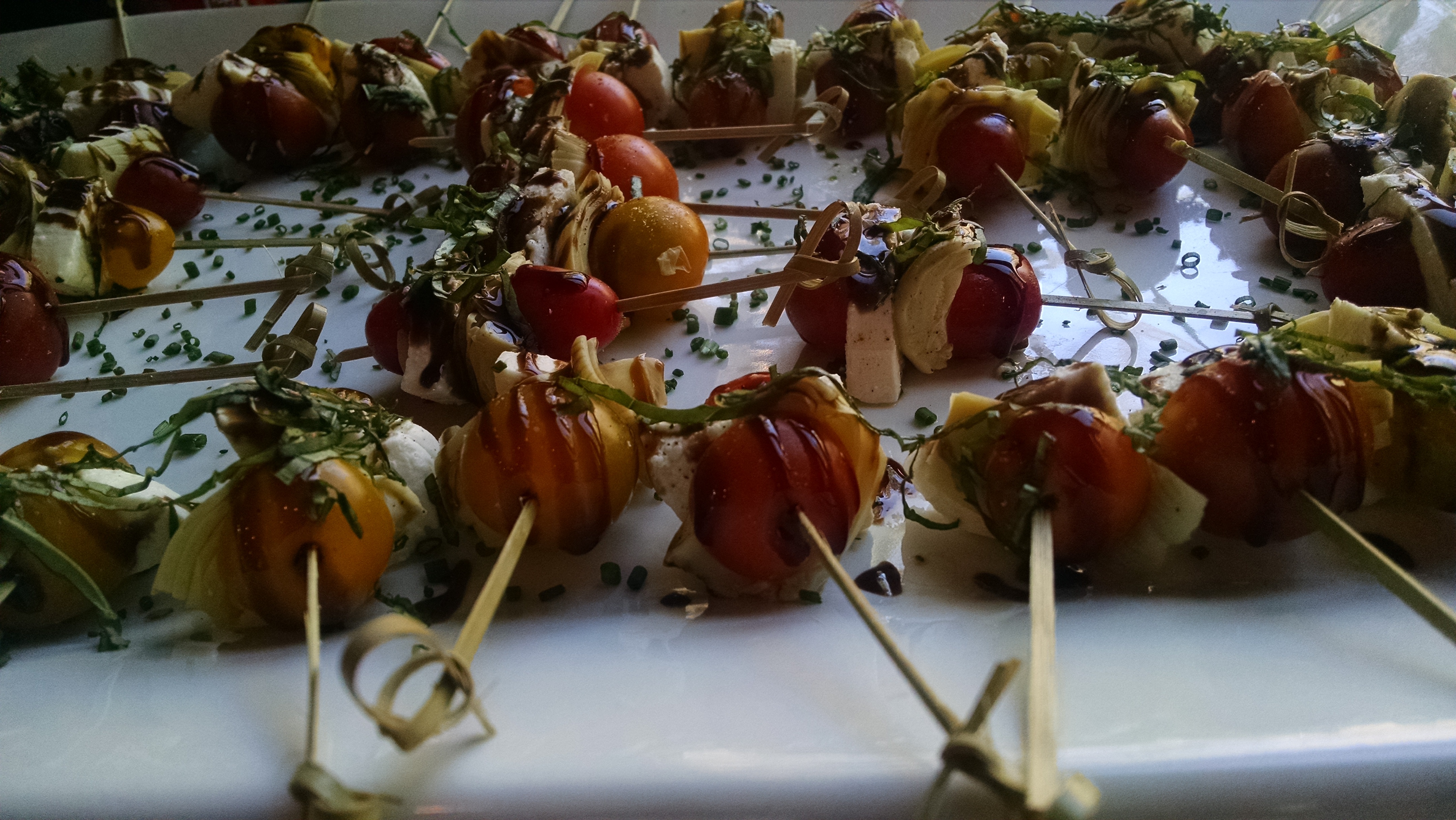 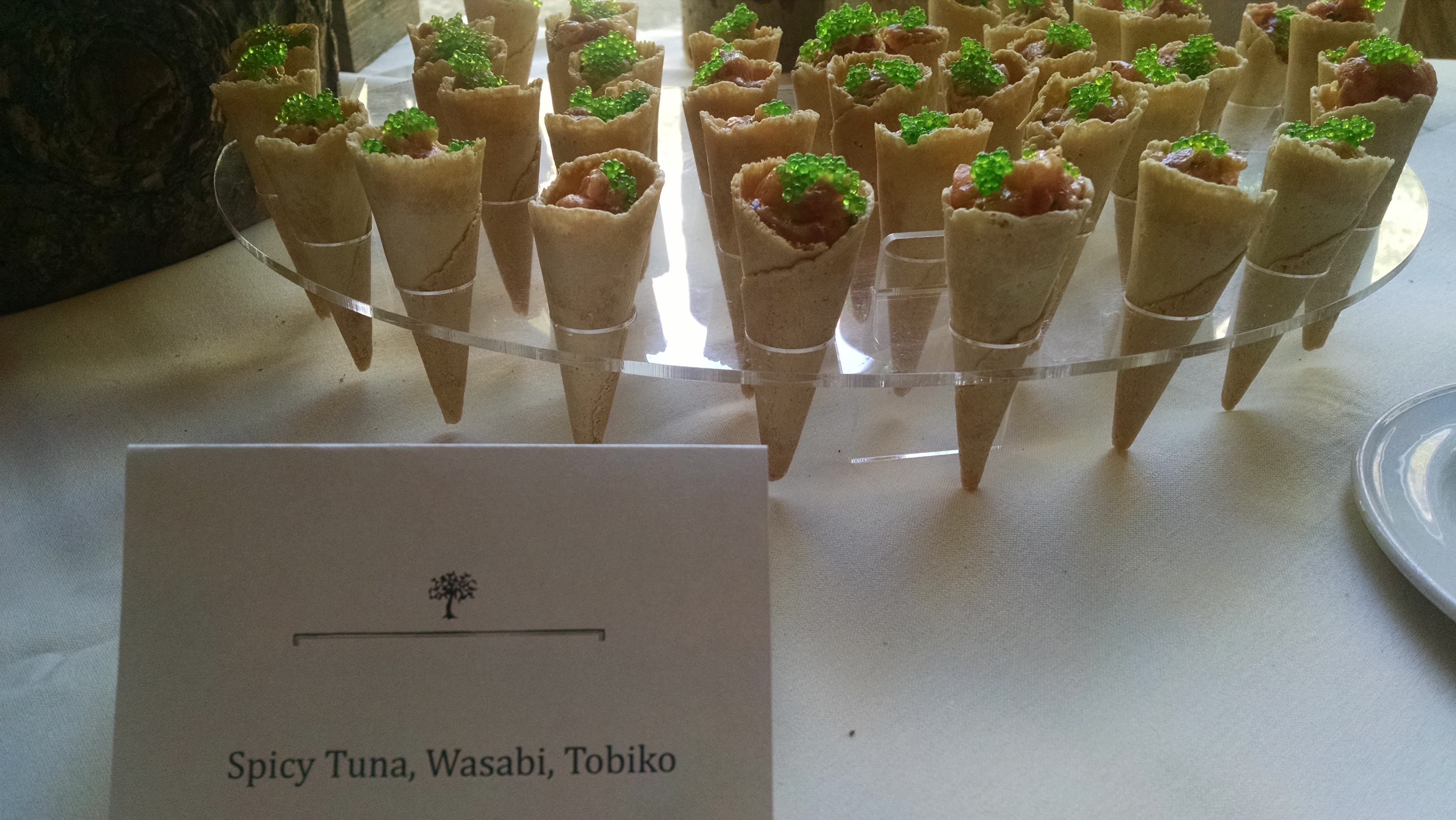 On Tuesday afternoon, I had to go down into the valley to get a signal to call and see how everything was going at home, so I went to the Orem Public Library, where I happened to find a few very well-priced books in their used books section. I’d also gotten a couple of books in the mail that day too. Look at this book haul! 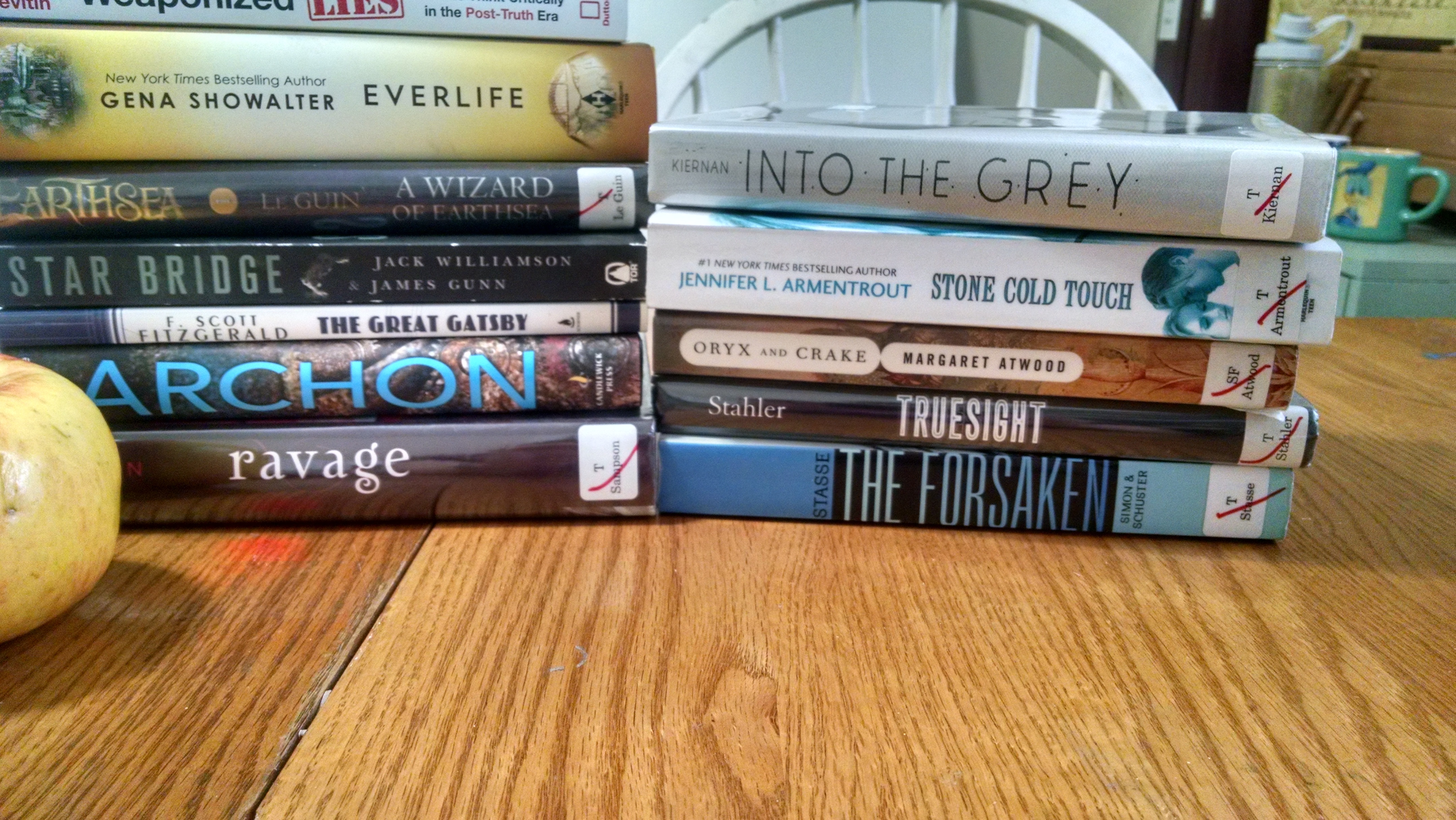 The setting was beautiful, and the help and the camraderie were amazing. I have a long list of things to do to improve Stranger, and I’m excited to do that. Not only that, but my Highland critique group is looking at one of my other manuscripts, so I’ll need to make those revisions soon too. And I’m in charge of a Utah Valley Writers meeting tonight at which Shadow Mountain Publishing editor Lisa Mangum is going to speak. And I’ve been asked to join another critique group. Ah, the life of a writer. Now, wouldn’t it be awesome if I were making money doing all of this?

Pitch Wars and a Giveaway