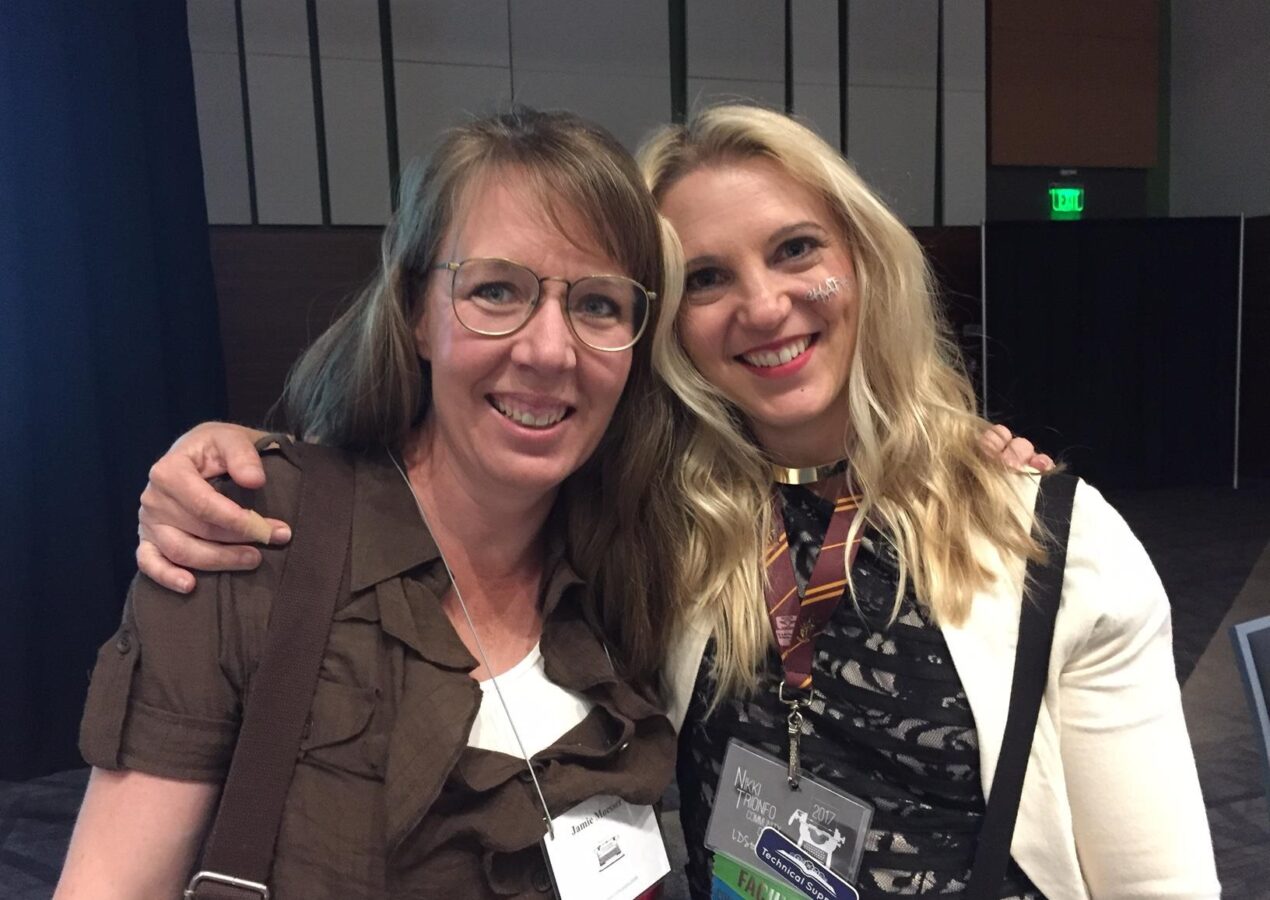 It’s been a while since I last posted for two reasons. The first is that I was preparing for and attending a writers’ conference, called Storymakers. As you may or may not know, I’m working to get published myself.

The brief version of my writers’

Sorry…I thought that was going to be the short version. Really, it is, when you take into account the fact that this journey has taken place over the course of 30 years and during a whole bunch of real life. This year’s Storymakers conference, like the ones before it, breathed new life into my writing journey.

What I Did at Storymakers 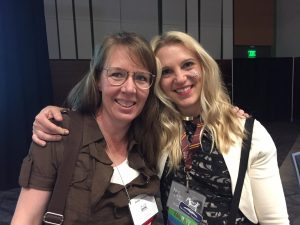 Met Nikki Trionfo for the first time, and got a copy of Shatter signed by her. 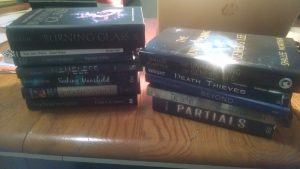 Bought WAY too many books! 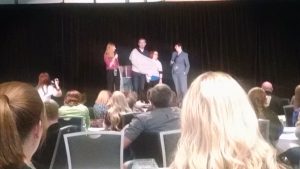 Watched James Dashner, who wrote the Maze Runner books (among others) have to share a Naughty Shirt with Sarah M. Eden, another great author whose books I have enjoyed. I won’t try to explain why they had to share the shirt.

Also, the agent with whom I met, Nicole Resciniti, was so helpful. Because of her and Annette Lyon, who edited the first chapter of Running for me, and Lisa Mangum, who edited my pitch, I’m excited to keep working on Running. Hopefully, it’ll be ready to query in a month or two!

The second reason I haven’t been able to post is that I read a book that I didn’t want to review here until its writer did more work on it to make it really shine.  It’s not that I’m super picky about the quality of writing in the books I read, but I don’t like to review books negatively outright. If I really can’t connect with the characters or the plot, if there’s something fundamentally wrong with the writing, pacing, premise, or plot, I’ll reach out to the publisher or author, depending on who initiated contact with me for a book, and provide feedback in constructive ways. When I say “fundamentally wrong,” I don’t compare those things against my imperfect writing or knowledge; I compare it to the standards provided in the many writing classes I’ve taken and books I’ve read, and even then, realize that it’s still, ultimately, just my opinion. And when I say “constructive ways,” I mean that I point out the positive things, and when I point out the negative, I do it in such a way that I provide specific suggestions for improvement (e.g., “This paragraph would have been much more dynamic if the author had shown a character stomping his feet or ramming his fingers through his hair, instead of saying that the character was angry.”) Hopefully, I’ll get to review the improved version of that book for you all down the road!

I’m reading Carve the Mark by Veronica Roth, which I’m very much enjoying, and hope to have a review of that up soon! Stay tuned!

How to Write Better Characters: the Occupation Thesaurus

Pitch Wars and a Giveaway