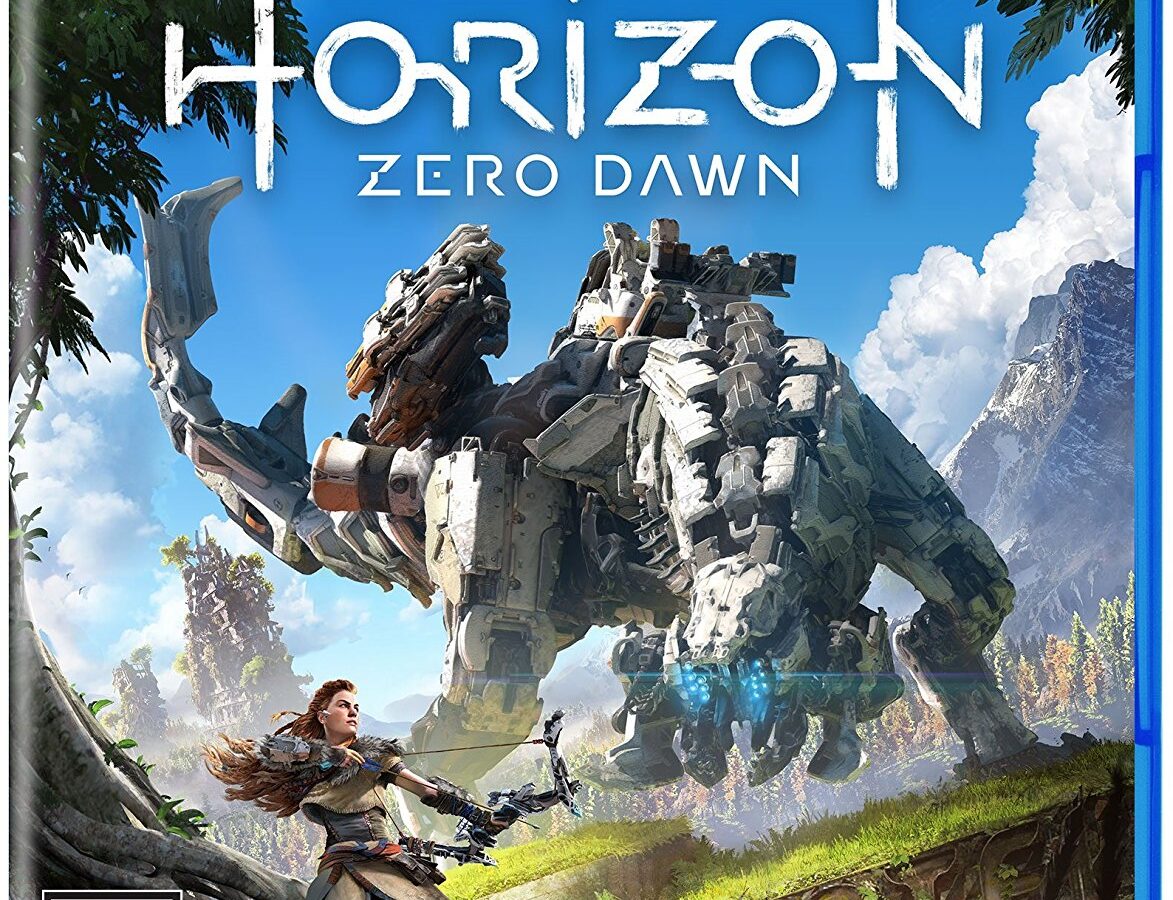 No longer will those mothers have to piece together information about games their teens are playing or that they themselves want to play from inarticulate, profanity-using, indiscriminate gamers on YouTube, reviews on Amazon, and ratings on CommonSenseMedia.Org. Those are all great resources, but hopefully, the reviews and deal discoveries I provide will provide a more comprehensive picture. Video games played well and appropriately can be really fun. 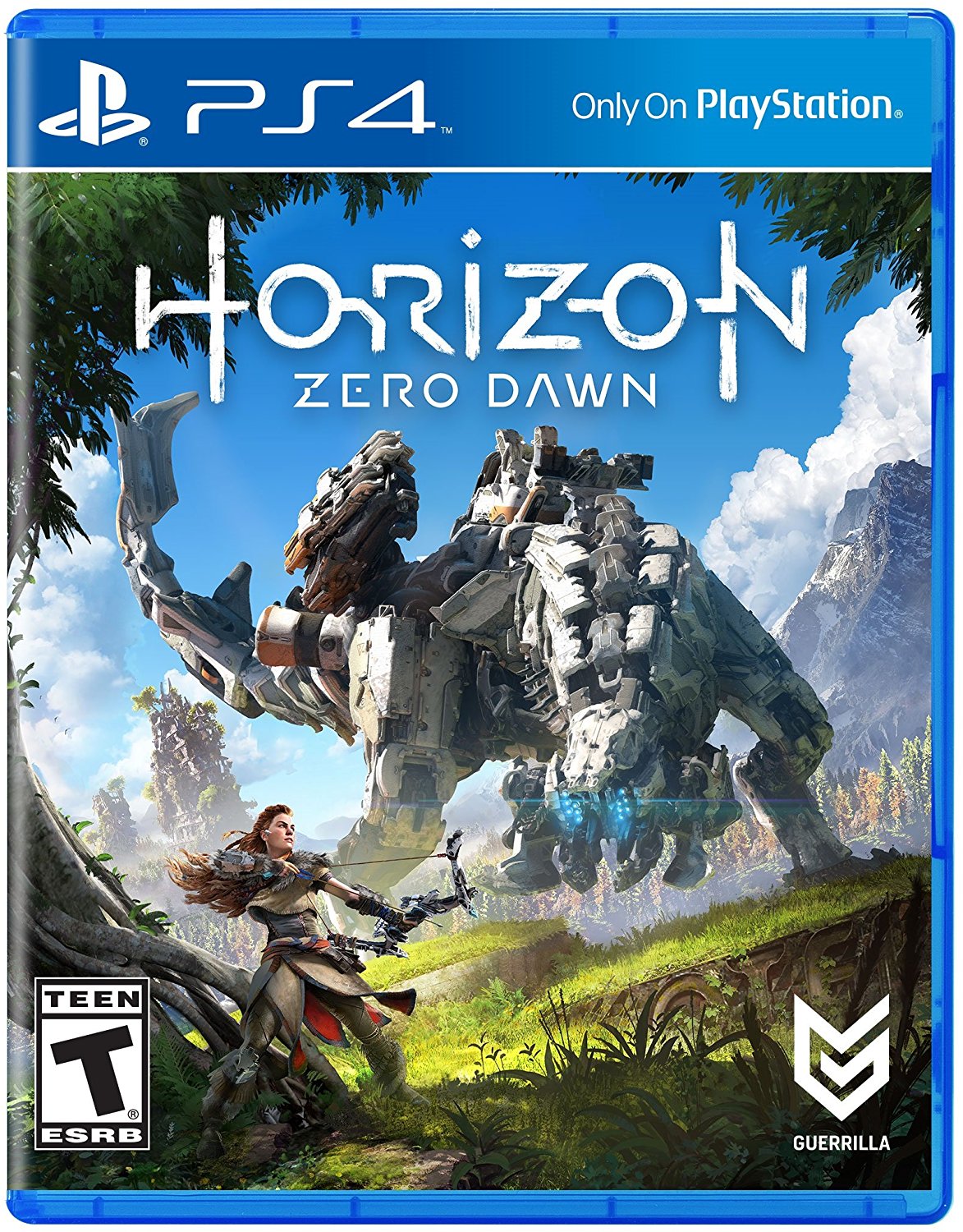 The first game I’ll be reviewing will be Horizon Zero Dawn by Guerrilla Games. It’s an RPG (role-playing game) set on a far-future Earth where most of humanity has been wiped out by a race of machines that vaguely resemble the animals we have now, but that are bigger, much more powerful, feed on organic material, and self-replicate exponentially faster than humans. What humanity does survives lives in relatively primitive tribes, with no clue about what happened before. The main character, Aloy, starts out as a little girl raised only by a man she knows as Rost, in isolation for no known reason. He trains her to fight and be tough, and when she gets older, ends up being asked by the very tribe who exiled her to seek answers to the question of why half their tribe was killed. What she finds during that quest, and who finds her, is bigger and more mysterious than she could have ever imagined, even reaching back centuries.

The storyline is rich, easy to follow, and factors in the personal choices of the player in terms of how Aloy responds to certain situations. She is usually offered three options; I’ll call them the tough one, the passive one, and the nice one, for lack of better terms. The graphics are amazing, showing what places like Denver, CO, Lake Powell, southern Utah, and Alaska would look like in this kind of future. Aloy mostly fights machines, but sometimes has to clear bandit camps and save fellow seekers from bandits who would kill them and leave them for dead, so there is some bloodshed. There are also a few swear swords (mostly the D-word) in the narrative. There’s no nudity. There are plenty of hours of entertainment and thought to be had, whether one just wants to play through the game’s story, which takes a gamer to about 70% of the way through the game, or find all the collectibles and complete all the side quests, which takes a gamer to the full 100%. I’m almost to 100%. There are the usual health and skill points to be acquired, as well as currency to be earned and spent, so I recommend this game for kids 10 and up. Any younger than that, they’re likely to get frustrated and give up. 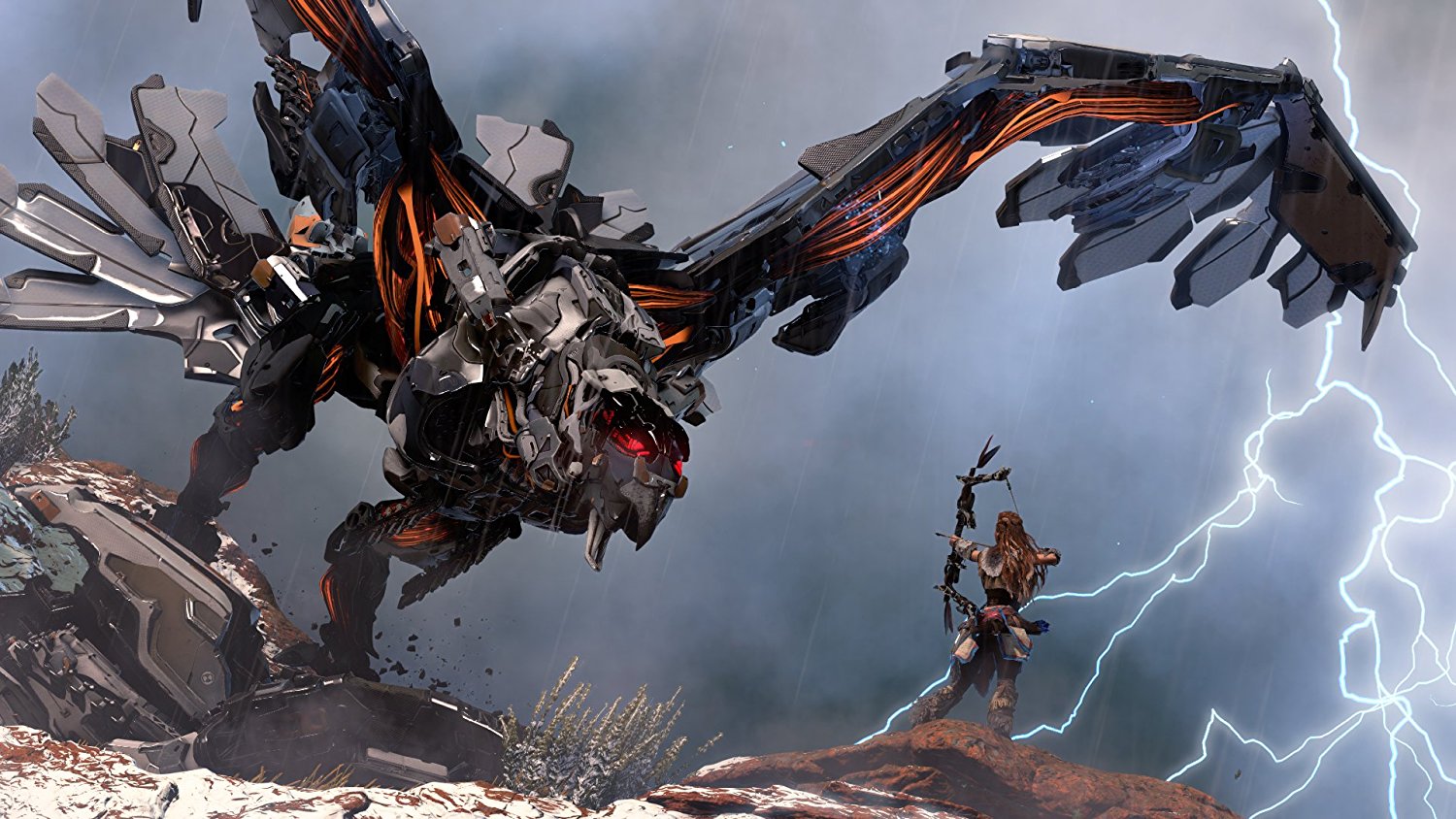 When we bought our copy of Horizon Zero Dawn last year on Amazon, it was $60. The Frozen Wilds expansion pack (which I also highly recommend) was an additional $20. You can get the digital code for the whole thing (only for PS4) on Amazon now for $37.98, which is less than half of what we got it for . Totally worth it. And if you buy from this link, I get a small commission as an Amazon affiliate that enables me to keep writing these reviews and finding deals for you guys!