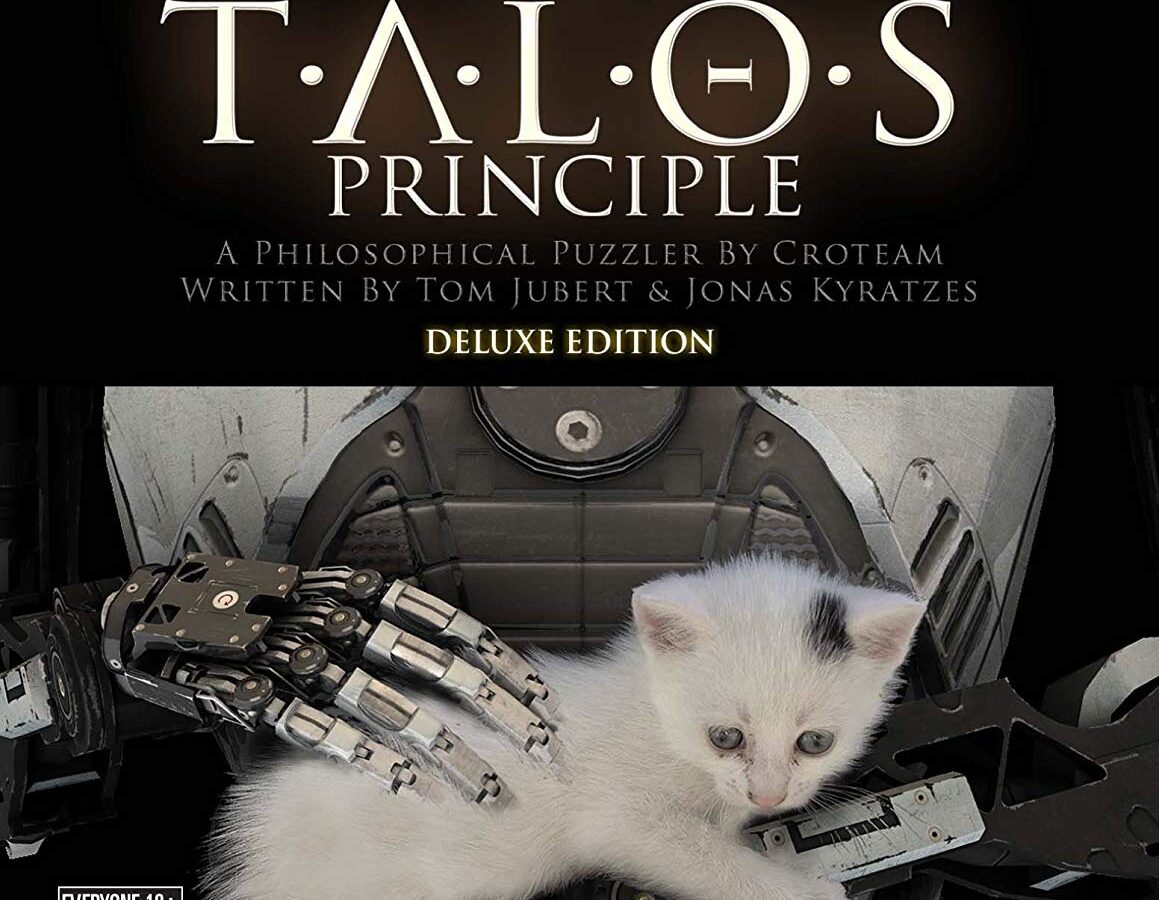 Sometimes us Mom Gamers want to be able to game and relax at the same time, after a day, say, of chauffeuring, making dinner, helping with homework, etc. Most video games are not meant to relax–but Talos Principle by UI Entertainment does, while also being fun. It’s a puzzle game full of progressively-harder mazes that the player has to overcome to win. And it’s only $29.99 on Amazon! 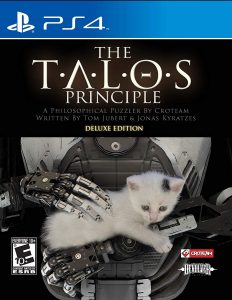 What Is Talos Principle About?

As if awakening from a deep sleep, you find yourself in a strange, contradictory world of ancient ruins and advanced technology. Tasked by your creator with solving a series of increasingly complex puzzles, you must decide whether to have faith, or…ask the difficult questions: Who are you? What is your purpose and what are you going to do about it?

You have to solve the puzzles to discover the story; it’s not laid out for you at the beginning. The graphics are satisfactory, but not cinematic or fancy by any stretch, and it did freeze on me occasionally. There are a good variety of environments, as dictated somewhat by the storyline. The music is wonderful, peaceful, with a “new age” kind of feel. The story is told through subtle clues revealed by the creator’s voice and various computer logs.  The puzzles that make up the storyline include elements that start off simply enough. For instance, at the beginning, the player uses “jammers” that look like industrial tripod-mounted cameras to stop wandering bomb balls, freeze turret guns, or open force field gateways. As the player progresses, it encounters not only jammers but also laser connectors, laser-disrupting boxes, and other contraptions. Even though I found several levels that seemed impassable. I kept trying until I figured out the right path, timing, and configuration of devices. Then, I felt like a genius.

Gamers who like brain teasers will like Talos Principle, as will “non-gamers” who’re just looking for something to do to keep their mind active while letting their body wind down. My teenager would be bored by this game, if he had time to play it after school, homework, friends, Fortnite, Overwatch, and Forza. There is no swearing, sex, or even violence that I’m aware of, unless you count your robot avatar being blown up if it makes a wrong choice in a puzzle.