“Should Roe v. Wade be overturned?,” was the question asked by one of my friends on Facebook the other day. Normally, I would have scrolled on past, sure that if I were to weigh in, it would become a raging inferno of disagreement, insults, and hurt. The divisiveness of our country scares me, but for that very reason, I decided to engage, to “run toward the problem as a person of good will,” as Arthur Cooke said and I quoted in my last post. I decided to comment and ended up just conversing with someone on the other end of the abortion opinion spectrum, practicing the good internet communication skills I’ve been reading about.

You see, from what I can tell, that divisiveness is growing daily, fed by a windstorm of people who are all too willing to shout their opinions anonymously over the internet but not willing to listen, and a vacuum of people with strong opinions and loving hearts that desire peace, but who are unable or unequipped to speak up. What we need is dialogue, true dialogue, because we all share a democracy, and that dialogue only happens when people of all persuasions both speak their minds assertively, not aggressively, and listen actively.

It’s not that I think such dialogue will or even should make us all agree. I have no more hope of that happening than I do of my husband and I agreeing on everything 100% of the time. But at the least, we should all feel safe, connected, free to speak our opinions, eager to hear others’, and willing to do what needs to be done so that others feel the same way. At most, our federal and state laws and policies should reflect compromise, if not understanding. Our democracy, our families, neighborhoods, cities, communities, workplaces, and states are what we make of them.

But how does one create dialogue, especially around polarizing topics like abortion, on the internet? And to what end?

Think about how the internet started. It was just a few academicians who wanted their computers to talk to each other, to connect. Those two have been joined by millions more over the years. It organically grew from a simple desire to connect, and it does do that in many wonderful ways, like:

Facebook, for instance, has given me the opportunity to connect in real life with friends I hadn’t seen in 30 years, and would have had no other way to find them without Facebook and friends connecting with friends. Without the internet, I wouldn’t have found certain support networks for mothers of kids with ADD and other disorders. I wouldn’t have been able to connect with thousands of other book aficionados in the #writingcommunity or with various agents and publishers on Twitter, or with other book reviewers and fans through #bookstagram on Instagram. And don’t even get me started on how helpful ordering my groceries online or Amazon is. I keep in touch with my parents and siblings across the country via Marco Polo. These are all things that would not be possible without the ubiquitous power of the internet.

But it has also enabled inflammatory and hurtful speech to spread so much more quickly and widely than anything else in human history. Joe Battaglia, author of Unfriended: Finding True Community in a Disconnected Culture, says: 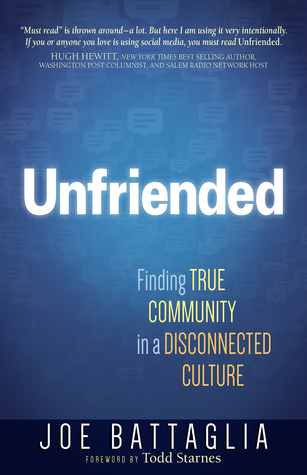 “A spirit of unforgiveness has been unleashed in our land, and it’s consuming us. The internet fosters this spirit, and we must consider the alternative to extinguish this wildfire of the tongue before it burns our entire land with bitterness.” (see full review here and deal ($11.52 instead of $14.99 through Amazon) here.

And Patricia Wallace, author of The Psychology of the Internet, adds: 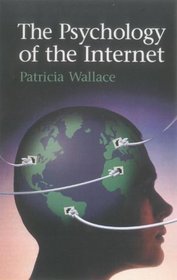 Because people experience disinhibition on the internet and feel relatively free of serious adverse consequences because of physical distance and reduced accountability, they often use tactics that go far beyond what they might use in person.

Examples of these tactics include threats, name-calling, and harassment. Wallace attributes these actions to anonymity, which is “another potent ingredient in the internet mixture as it applies to aggression.”

Most Americans tend to agree with Battaglia and Wallace. Two surveys conducted by the Pew Research Center in 2014 and 2018 reveal that while 88 percent of them feel like the internet has been a good thing for them personally, the percentage of people who feel like it’s been good for society as a whole went down by 6 percent over those four years.

You’d think, with how much we use the internet, and the plentiful opportunities for its negative use, that someone would’ve developed an authoritative manual for how to communicate in any one of its vast number of platforms, forums, channels, groups, sites, or platforms. Instead, given that there isn’t one and anonymity or false identity is possible if not prevalent, can successful, important dialogue take place on the internet? 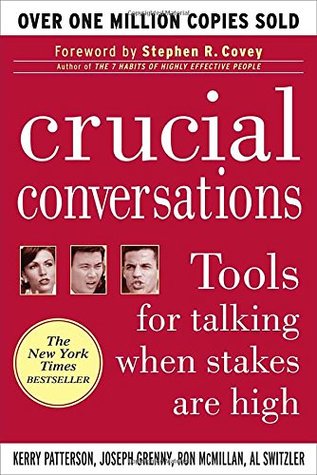 Authors Roger Fisher and William Ury say, in their book Getting to Yes: 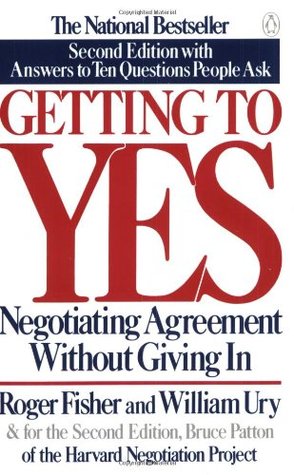 Negotiating Agreement Without Giving In, (which you can get for $7.19 instead of $17 on Amazon) that everything in life is negotiation, whether we’re negotiating with our spouse about where to go to dinner or our child about when to go to bed, and it can be done, even when people are

Like Patterson, et al., they also recommend focusing on people and what interests you have in common with them, no matter the situation. Easy enough to do in theory, but can it be done in practice?

Erica Simon, in her book You Deserve the Truth: Change the Stories that Shaped Your World and Build a World-Changing Life (very good book, by the way. Full review here. Deal here), says we need to change the stories we tell ourselves when they’re not working for us any more.

One of the things that isn’t working for me, that even scares me on a daily basis, is not only the fact that so many people die by guns every year, and that I worry about my kids being shot and dying while at school, but also, and perhaps more so, the fact that we can’t have sufficient dialogue in our country to find a way (a compromise?) to solve The Great American Gun Debate so that both sides are satisfied (i.e., everyone is safer AND gun rights are still protected). Let’s see if we can talk about this, hmmm, perhaps using the principles I talked about above?

More to come on that…