Writerly Advice: Save the Cat…No Seriously: Save It! 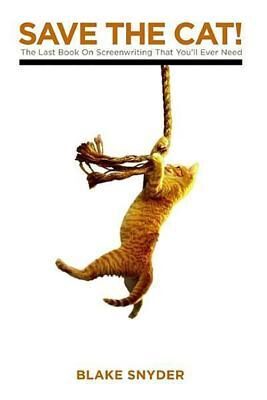 If you’ve been writing  fiction for any length of time, you’ve probably heard about Blake Snyder’s Save the Cat series of books. They’re books that were originally written to help screenwriters improve their craft, but became quite popular among writers of many creative disciplines because they provide a very accurate, concise, and some would even say easy plot model. As you know, constructing a plot from nothing can be difficult. These books, especially the first one, provide a way to do so without inducing paralyzing anxiety. I dare say that they’re a necessity for every writer who wants to get published.

What’s In Save the Cat? 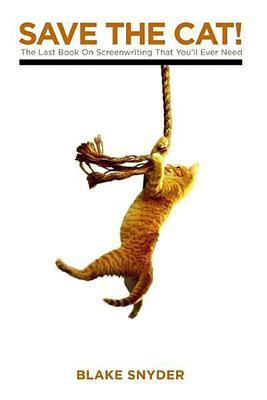 In Save the Cat: The Last Book on Screenwriting That You’ll Ever Need, Snyder describes 15 “beats” or benchmarks that every plot needs to have, no matter the medium it’s displayed in. Whether words or moving pictures are used to tell a story, it should always start with an opening image and progress through

All of these benchmarks—aptly described in the book—should lend themselves towards showing the main character doing something, being proactive. This could mean saving a cat, going with Hagrid to Hogwarts and leaving a known life behind, or undergoing a makeover to become an undercover beauty queen. It’s the essence that defines who the hero is and makes the reader like him or her.

On Amazon, a paperback copy is $16.05. If you go through Thriftbooks however, you can get it for $8.97! You have to get the paperback version so that you can mark it up and make notes. Mine has notes in most the margins and lines connecting paragraphs with other ones.

For that, you get not only wonderfully practical descriptions of each of those beats, but also:

As mentioned, anyone who’s serious about writing The Greatest Book of All Time. It’s designed, Snyder says, primarily for writers who intend to pitch/query agents in  mainstream movie-making and publishing. I think that’s because it’s based on the premise that you’ll use one- to two-sentence descriptions of each of those beats to pitch to agents. Although there are many, many plot models out there—three-act structure, hero’s journey, dramatica, etc.—this is the one I’ve found to be the easiest and smoothest. It’s a compromise between totally outlining and just “pantsing” it: enough structure (and the right kind of it) to get your story started, but not so much that it overwhelms your creativity before you even start writing a book. It’s also very helpful in showing the main character proactively progressing through the book’s plot, not just reacting to various crises.