Two for One: Book Reviews of The Rose & the Dagger, and A City Dreaming 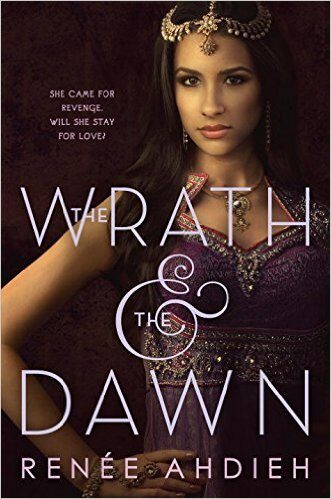 Last year, I read two very interesting but opposite books. Both were written in the fantasy genre and dealt with different kinds of magic. Both will or have been published this year. One is The Rose and the Dagger by Renée Adhieh, the other The City Dreaming by Daniel Polansky. One I loved, the other (though I hate to say it), I strongly disliked.

The Rose and the Dagger is the second book in the Wrath and the Dawn duology. I raved about that first book here. The only thing that kept me from giving it a perfect rating was that its ending was very much a cliffhanger. At the risk of spoiling what details that ending provided, here is the description of the second book:

In a land on the brink of war, Shahrzad has been torn from the love of her husband Khalid, the Caliph of Khorasan. She once believed him a monster, but his secrets revealed a man tormented by guilt and a powerful curse—one that might keep them apart forever. Reunited with her family, who have taken refuge with enemies of Khalid, and Tariq, her childhood sweetheart, she should be happy. But Tariq now commands forces set on destroying Khalid’s empire. Shahrzad is almost a prisoner caught between loyalties to people she loves. But she refuses to be a pawn and devises a plan.

While her father, Jahandar, continues to play with magical forces he doesn’t yet understand, Shahrzad tries to uncover powers that may lie dormant within her. With the help of a tattered old carpet and a tempestuous but sage young man, Shahrzad will attempt to break the curse and reunite with her one true love.

Just like the first book, I loved everything about this second book–its solid plot, quick pacing, unique characters, and luscious setting–except the ending, which was incomplete. Granted, because it was the end of the series as well as the end of the book, it tied up more loose ends than the first one, but I didn’t feel like enough resolution was provided to the Jalal/Despina storyline, which was an intriguing one in and of itself.

But the other book I read–A City Dreaming? I very much hate when I have to say that I hate a book because it’s a book and I assume that the author has invested a good deal of time and effort into writing it and getting it published, and the publisher believed in it enough to publish it. But though this book was squarely in the fantasy genre, one which I normally love, it was so not my kind of book. Here is the book’s description, from Goodreads:

M is an ageless drifter with a sharp tongue, few scruples, and the ability to bend reality to his will, ever so slightly. He’s come back to New York City after a long absence, and though he’d much rather spend his days drinking artisanal beer in his favorite local bar, his old friends—and his enemies—have other plans for him. One night M might find himself squaring off against the pirates who cruise the Gowanus Canal; another night sees him at a fashionable uptown charity auction where the waitstaff are all zombies. A subway ride through the inner circles of hell? In M’s world, that’s practically a pleasant diversion.

Before too long, M realizes he’s landed in the middle of a power struggle between Celise, the elegant White Queen of Manhattan, and Abilene, Brooklyn’s hip, free-spirited Red Queen, a rivalry that threatens to make New York go the way of Atlantis. To stop it, M will have to call in every favor, waste every charm, and blow every spell he’s ever acquired—he might even have to get out of bed before noon. Enter a world of Wall Street wolves, slumming scenesters, desperate artists, drug-induced divinities, pocket steampunk universes, and demonic coffee shops. M’s New York, the infinite nexus of the universe, really is a city that never sleeps—but is always dreaming.

I should have known from this description that the characters would be guttural and the language less than ideal, as indeed they were. The book’s cast is motley at best, shiftless on their medium days, and thoroughly unlikable at their worst. And there was, in fact, quite a lot of profanity.

But my real complaint with the book is perhaps due to my “readerly impatience,” or at least the impatience I’m told I should have. Most books published these days, both in my experience and in the writing education I’ve received, dive right into conflict: Harry Potter’s foes at the outset of Sorcerer’s Stone are the Dursleys, Tris’s conflict at the beginning of Divergent is that she has to choose between staying with her family and the faction of her future. It isn’t until eight percent (maybe thirty-six pages) into The City Dreaming that one of the characters who drives the main conflict is introduced, and though that introduction is supposed to be momentous as far as the plot’s concerned, it is banal in its execution.

This is a two-star on my one-to-ten scale. But this is just my opinion of the book, one of many I’m sure once the book releases in October of this year. Those who enjoy more literary, darker, cruder fare will probably scoop this up.

Disclosure: I received a Kindle ARC through NetGalley of A City Dreaming. All opinions are my own.

Book Review: The Fifth Doll by Charlie Holmberg: A Rug of a Tale