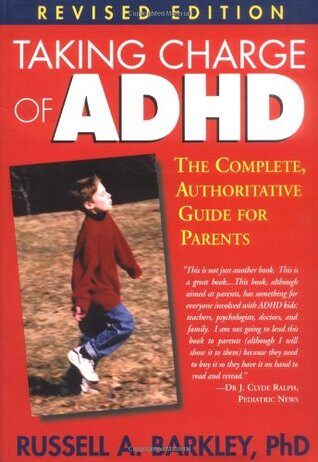 In writing this particular post, I’m going to get a little personal, so I hope you don’t mind. By that, I mean that I’m going to divulge some of the difficulties I’ve faced as the parent of an ADD child, and the books that have helped me or are helping me in that journey, and I hope that by doing so I might be able to help someone else know what they can do if they think or know that their child has ADD/ADHD. I’m the mother of a 13-year-old boy who was diagnosed with ADD in fourth grade, but who was more dynamic, stubborn, fun, impulsive, and forgetful than other kids from the day he was born. In those thirteen years, I have gained first-hand knowledge that ADD isn’t just a fancy name for the combinations of traits that can make a child harder to handle than others; it is a real-life disorder–a difference in brain structure–that manifests itself in an impaired ability to focus, to control one’s impulses, to handle transitions, and to organize. My son really wants to be able to focus, to be less forgetful and more organized and successful in school, but these things are hard for him, even despite years of training and mentoring. He’s getting better, but it’s probable that he’ll always struggle with these things more than other people.

That being said, I believe that ADD is also a blessing in his and our lives, in a way: he is incredibly interesting and fun and “in charge” (although that last trait may be more attributable to his personality and birth order than to the disorder itself). It’s very possible that he’ll be the CEO of a Fortune 500 company some day, if he can learn to focus on the positive parts of the disorder and compensate for the negative parts. I see my role as guiding him in that process, and I’m doing that with the help of several books, which I discuss below:

Notice that I didn’t rank any of these books, even though some have definitely been more helpful than others to me. I describe them here so that you can have some of the tools you need to better parent your child with ADD/ADHD, if you have one, and to have more happiness and joy in the process.

What Writers Say Is Hard About Writing, And Some Suggestions For Them