Guest Post: Nikki Trionfo, on Shatter and Her Life as an Author 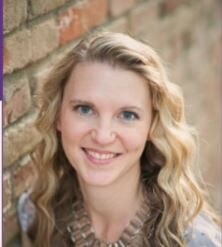 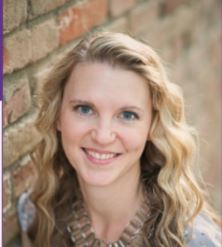 Nikki Trionfo, author of Shatter, provides answers to some questions about her book and her writing life.

Q: What was your favorite part of writing Shatter?

A: To be honest, I’m going to have to say that learning about my own prejudices was my favorite part. I won’t give away too much to avoid spoilers, but I will say one of the characters was originally supposed to be a villain. About a quarter of the way into the book, I ached for him the way I had ached for my trouble students as a teacher. I felt like I understood why he made so many bad choices. I realized that as author I had written a plot that didn’t allow him to ever make positive changes in his life. I believe in positive change. So I tweaked the premise of the book and rewrote a lot. A lot. But it was worth it. I hope real teens know they have a chance to change if they fight for it.

Q: What actress would you pick to play Salem?

A: If we could go back in time, a young Kristen Bell! She played Veronica in Veronica Mars, which inspired Shatter.  These 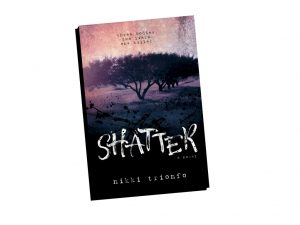 Q: What would you tell other writers?

I’m in love with the idea of a writing bucket-list these days, not just because other cool people are doing it but because of an aspect of writing that’s difficult for nearly everyone.  Eternal . . .

For almost ten years I wanted to be an author. I wrote and wrote for six years. I finished a second manuscript and loved it. I was proud. Today, four years later, it’s debuting. That’s a lot of waiting! Waiting messed with my head. Definitions also messed with my head. In many ways, I was just as accomplished a writer then as I was now, but wasn’t an author. For four years.

Becoming an author is not like becoming an NBA player. With NBA dreams, by the time you’re twenty-five, you have what’s known as an ANSWER. You are either 1) a professional NBA player, or 2) mourning your no and moving on.

Writers, on the other hand, have no idea what an ANSWER is because we are told never to move on in the face of a no. Did you get rejected by fifty-six agents? Query fifty-six more. Besides, thirty-four of the agents you queried haven’t responded, so technically they could still say yes. GO CHECK YOUR EMAIL NOW!!

It was like breaking the space-time continuum. The time-loop scenario was so embedded into the process of writing that sometimes, even when I made progress, I couldn’t see it. I jumped directly from trying to get a manuscript written to trying to score an agent to trying to get a contract with no sense of accomplishment.

That’s where a writing bucket-list came in and saved me.

I jotted down a whole bunch of things I dreamed of doing, and celebrated when I accomplished them even though Taylor Swift has still never written a song about the main character of Shatter. I did this long before I got any publication contract. I framed the award certificate of a small writing contest. I splurged on $15 worth of business cards—color business cards. The real deal. I volunteered to teach teenagers about writing even though I wasn’t a “real author.” My friends were already doing cool stuff like this. Heather Clark had a bumper sticker that simply read “Writer.” Eric James Stone got more specific with his personalized license plate: SFWRTR.

You might be like me. You might have all sorts of writing bucket-list items that don’t require achievements like being published or being a best-seller. Don’t fall into the time-loop and lose out on them. Write them down. Do them. Celebrate them. The silly ones. The little ones. The big ones. And I’m not going to limit your imagination by listing sixty things below. This is about what you want. To get the ball rolling, however, I do plan to tweet a few of my items each Tuesday for the next month. Feel free to join in. I’ll use #WritingBL since #WritingBucketList is so long.

There. Did you see that? I just accomplished my Writing Bucket List Item Number 43: “publicly declare a new writing-oriented hashtag.”

Try it yourself. It feels amazing!

Book Review: Between Shades of Gray, A Fascinating But Incomplete Story