I haven’t read many novellas in my time, and when I have it’s either been by accident or because it was a filler between releases of books in series that I loved. I happened to read a novella this past week, though, by accident and it happened to become not so much a filler between book releases but a bandage to cover the hole that the preceding books in this series, which have no impending sequels, have left. Penric’s  Demon is a novella set in the Kingdom of the Five Gods, a setting created by master science fiction and fantasy writer Lois McMaster Bujold. It was written fourteen years after the first book set in that Kingdom, Curse of Chalion, but takes place roughly a hundred years before it. I read Penric’s Demon purely on the strength of Curse of Chalion, which was a phenomenal book, I thought, and while I found the former book weaker (possibly due to it’s novella status), it was still a must-read.

What Penric’s Demon is About 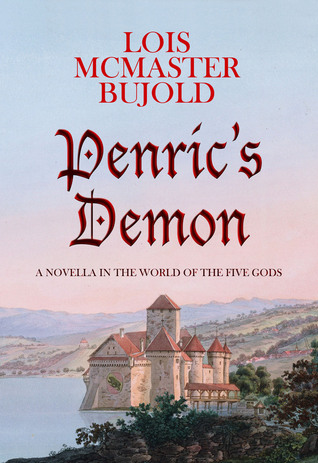 In the Kingdom of the Five Gods, people’s souls belong to one of five gods: the Father, the Mother, the Daughter, the Son, and the Bastard. Some people become scholars and high-ranking religious officials by choosing one of those deities and committing their lives to studying them. The magical elements of this speculative fiction series come from the influence of these five deities. Some of those scholars, in fact, take on embodiments of them. The main character Penric, for instance, somehow inherits a “demon” from a learned female priest he encounters on the road as she dies, the demon being a collection of the spirits of animals and people that previous learneds assembled and put into her. It inhabits Penric’s body with him, carrying on conversations with him and occasionally bestowing him with minor gifts of magic for protection. Most people who receive such demons–called such because they are believed to be associated with the Bastard, who is the deity of disorder–are able to work great magic because of the spirits that possess them. Penric is none of those things and possesses no great magic, so he causes the people who discover that he’s got a demon in him to react in alarm, confusion, disbelief, and derision. Therein lies the central conflict of the book.

The Strengths and Weaknesses of Penric’s Demon

The most enjoyable part of reading Penric’s Demon was Bujold’s writing. It’s dense with meaning and history, while also flowing and evocative. Take this passage for example:

Nothing much to see, now, in the dawn damp; nothing much to feel, though Pen extended all his exacerbated senses. He bowed his head and offered a silent prayer, the wording haltingly remembered from services for his father…. The grave returned no answer, but something inside him seemed to ease, as if pacified.

The other is the sweet Kung Fu Panda feel of the premise, where the protagonist finds himself thrust into a place of honor having done nothing to earn it and enjoying it while at the same time feeling wholly unworthy of it.

The conflict, however, or the reactions and actions of people that find out he has a demon in him, doesn’t really set in until two-thirds of the way through the book. Most of the book is Pen getting to know his “rider,” if you will. While pleasant and mildly interesting, it really should have been much shorter.

How That Relates to Curse of Chalion 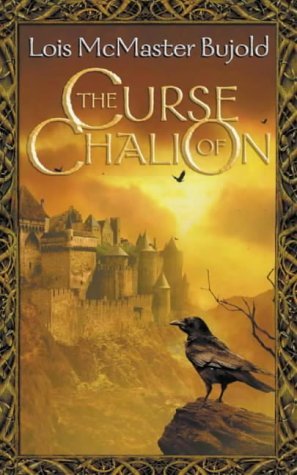 That being said, I highly recommend Penric’s Demon to anyone who loves any kind of speculative fiction or is a fan of any of Bujold’s other works. It familiarizes you with the Five Gods Kingdom, so that you can then go read Curse of Chalion with a little bit of understanding. Curse is about Lupe dy Cazaril, a man who, at the beginning of the book, returns home to the Kingdom of Chalion (what used to be called the Kingdom of the Five Gods) a broken man, though he is only 35 years old, after having defended a castle during a long siege, only to be ordered to surrender it and then sold into slavery and eventually rescued. He gains a position as the secretary-tutor of the Princess Iselle and her companion,  Lady Betriz..

Despite his ardent desire to live a safely low-profile, peaceful life, Caz finds himself drawn into a strange and dangerous journey when Iselle and her younger brother Teidez, heir to the childless King Orico, are ordered to join their half-brother’s court.  Caz is driven to defend them from Orico and the kingdom from the civil war he’s fermenting.  Through all this, Caz comes to realize that the five gods have chosen him to act for them, though his mission is not made clear. With the second sight he is given, he discovers that a black curse hangs over the royal family of Chalion, one that he seeks to dispel for Iselle’s sake.

Like Penric’s Demon, Chalion is full of enchanting language and charming main and supporting characters. Because it’s longer, though, its plot is more substantial, and the conflict is well-developed from the beginning. It’s a “page turner,” not because of break-neck pacing or multiple plot convolutions, but because one comes to care for Caz and want to know what happens to him and those he cares for.

I’m giving away one Kindle copy each of The Curse of Chalion (it is only $2.99 on Amazon right now) and Penric’s Demon to one of my blog subscribers or Twitter followers. Enter here for The Curse and here for Penric’s Demon.