Sometimes, you need a fresh perspective on old subject matter, whether it be in life or in books. When We Wake provides a new perspective on what many would consider a very tired genre: dystopian. But this is a refreshing, unique perspective on life after governmental collapse. Why should you read it? Well…

What Is When We Wake About? 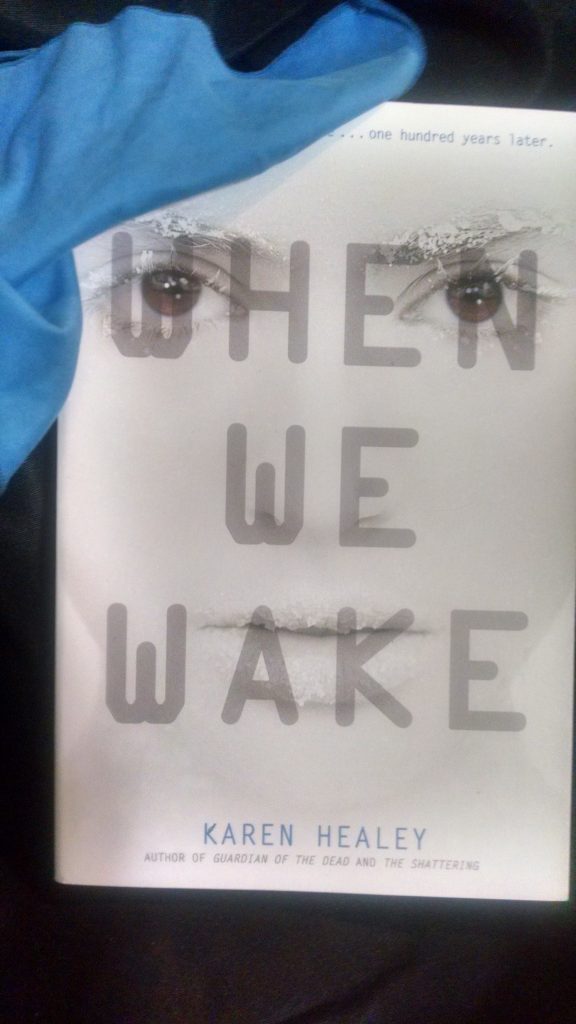 Sixteen-year-old Tegan is just like every other girl living in 2027. She’s happiest when playing the guitar. She’s falling in love for the first time. And she’s joining her friends to protest the wrongs of the world: environmental collapse, social discrimination, and political injustice. But on what should be the best day of Tegan’s life, she dies—and wakes up a hundred years later, locked in a government facility with no idea what happened. The future isn’t all she had hoped it would be, and when appalling secrets come to light, Tegan must make a choice: Does she keep her head down and survive, or fight for a better world?

Who Should Read When We Wake, And Why?

It’s only loosely “dystopian” because it straddles two time periods and focuses more on the personal side of things than the political. Maybe because I write in this genre (sci-fi, pre-apocalyptic), I was fascinated by Karen Healey’s take on our future. I thought it particularly interesting that she set the book in Australia. She ties the setting in really well with the plot, using both the country’s actual history and its imagined future to provide impetus for the conflict the main character strives unknowingly against. Tegan is a well-drawn character, and I love the diversity and scope of characters Karen includes. I loved the sequel too. Both were refreshing, compelling reads!

So, if you like dystopian books like Shatter Me by Tahereh Mafi, Glimmer by Phoebe Katanadis, or Whisper by Lynette Noni, you’ll like When We Wake.

You can get When We Wake for $3.46 on BetterWorldBooks, with free shipping!