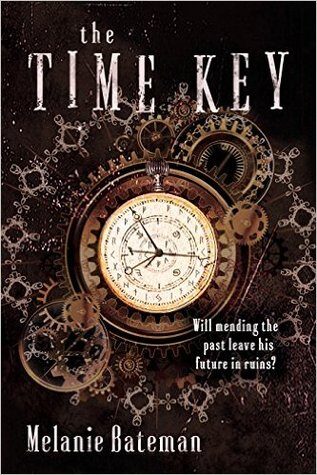 It’s been more than a week since I posted my last review, which puts me behind schedule! For those of you who eagerly await each new post of mine, and are disappointed by this lag, bless you and I apologize. For those of you who don’t mind a little wait as long as the reviews are good and helpful, bless you too. You guys are all awesome. I’ve been looking for a job (as an editor, of course), beta reading a friend’s manuscript, reading four books, and writing my own, among other things. I could tell you all about Keto Clarity by Jimmy Moore, a book that describes the ketogenic diet that I’ll probably be starting in a couple of weeks, but I don’t know if you’d be interested. If you are, let me know. I did finish The Time Key by Melanie Bateman, and thought you’d like to know about it.

What The Time Key is About 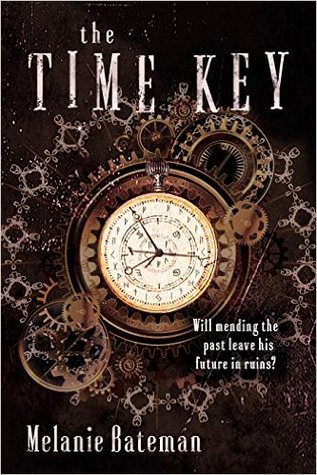 It’s about a time machine that looks like a pocket watch, shadows that move on their own, a man who misses his dead wife and daughter so desperately that he wants to kill himself, and a mugging. Stanley, that man, finds that he holds the Time Key because he saved someone from being mugged, a coincidental diversion from his own suicide attempt. He also finds himself the guardian of a five-inch tall “vaelie,” or fairy-like girl. Stanley’s story, told by an unnamed narrator other than himself, takes him from those dramatic circumstances backwards and forwards in time as he seeks to exorcise his own inner demons and save others whom he meets from demonic shadows as well.

What’s Great About The Time Key

The voice. Oh my goodness, the voice. It’s told, as I mentioned, by a narrator who sounds like someone standing backstage relating what’s happening on stage (Stanley’s life) to someone who can’t see. Take this paragraph, for example:

It is possible that the beginnings of stories are best when they reflect the happy events of life, simple moments that Stanley Becker missed. Or they might observe critical events that can alter and change the path of life. Throughout my travels, I have seen many things and met many people, but none of their stories have impacted me as much as Stanley’s. I often find myself returning to this particular night, where I see Stanley’s hunched figure motionless in the cold December night of 1897.

It’s that voice, the slight distance of it from Stanley’s heart, that balances out the dramatic events of his life after he gets the Time Key. If it were told in first-person, from his point of view, as he goes from abject depression to elation and back and forth all over time, I wouldn’t have been able to read to the end. I would’ve been too stressed.

Stanley himself is a good, sweet character too. He’s real and broken, but a very good person at heart who tries to protect as many people as he can.

What Could Have Been Better

The connection between Stanley, the Time Key, and his desire to be rid of the grief he feels for his wife and daughter was very opportune, and really drove the first half of the book. Who wouldn’t want to wind back the hands of time to be with lost loved ones, if one could? Stanley gets that opportunity, and he takes advantage of it, but (spoiler alert) he can’t stay in the past with them forever and he can’t bring them to his present, so he eventually has to let them go. Once he does, the emotional core of the story is gone. From then on, it’s just Stanley trying to evade the shadows who will kill him for the Time Key and a treasure they think it contains, and trying to rescue the man who gave him the Time Key, who he only met twice and didn’t know. The second half of the book seems almost to be a different story, a good one, but a different one, nonetheless.