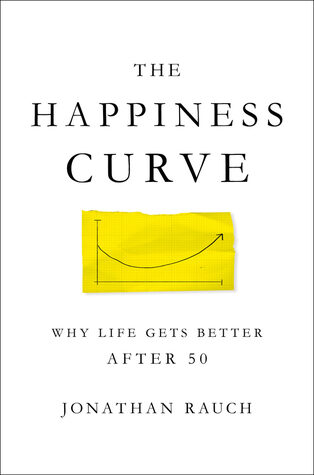 I’m not embarrassed to say that I just turned 48 years old. It feels good to be in a life place where I’ve had a lot of experiences that help me empathize with other people, and can still look forward to having many more experiences. I feel like I’ve accomplished a lot in my 48 years, and have found and am actively pursuing my passions. That being said, though, I noticed that as I celebrated that birthday, and as my husband approaches his 50th birthday, together we find ourselves in a little bit of a midlife “weird spot.” It’s by no means a crisis, but we’re not feeling the way we thought we’d be feeling at this time in our lives. And according to Jonathan Rauch, author of The Happiness Curve: Why Life Gets Better After 50, we’re not alone. 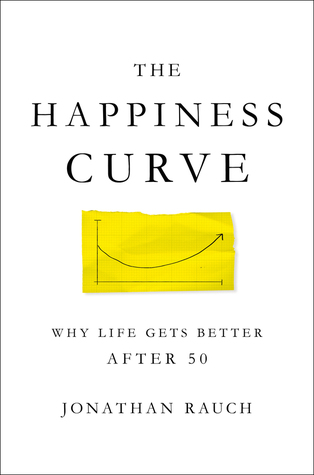 Like a good many others of our demographic, he says, we find ourselves disappointed and restive, and disappointed in ourselves that we’re disappointed and restive, even though we’re exactly where we planned, hoped, and worked to be for many years. We have a lot of hobbies that we enjoy as a family: dirt biking, camping, fishing, snow skiing, water skiing, gaming, etc. We have had a little bit more than our share of health crises in the past year or so, what with my oldest’s vestibular neuritis, etc., but all in all, we don’t really have much to complain about.

“…Contentment is harder to come by in midlife,” Mr. Rauch says.  Across the board—developed or developing countries, genders, income levels, education levels, etc.—there is an almost unilateral decline in self-reported life satisfaction that begins in the mid- to late-30’s and troughs in the early 50’s.  But also across the board, life satisfaction tends to increase from there on out, making a kind of U-shaped curve in the line of satisfaction over time, like this: 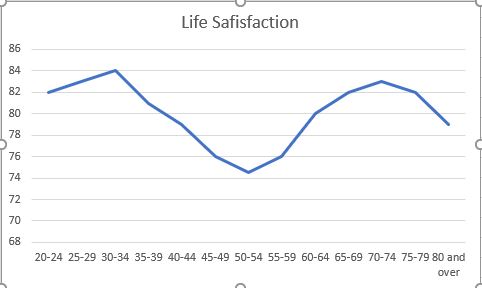 That is what he calls the Happiness Curve. Rauch reviews data set after data set, interviews hundreds of people, and cites source after source showing that people in their early 50’s the world over tend to say to themselves: “I’m discontented and I don’t know why,’ and this makes [them] more miserable, and this makes [the error in their forecasts of their life satisfaction] even larger. So [they] keep the circumstances constant, but [they] feel bad about them. Since [they] feel bad about them [they]’re disappointed, [their] life satisfaction decreases and [they] feel even worse about that. [They]’re in a downward spiral. ”

Some of the solutions he recommends are to:

He makes other research-based recommendations as well, but I don’t want to give the whole book away.

What Makes The Happiness Curve Good

It’s one thing for a self-help book to point out problems. It’s another to do it with a solid and broad research base. It’s then another to provide vignettes of real people who are experiencing or have experienced those problems, still another to provide solutions to those problems, and still another to show real people who’ve implemented at least one of those solutions with success. As I’ve mentioned before, it’s rare to encounter a self-help book that has all of those elements or strengths. Though the vignettes in The Happiness Curve tend to run a little long, and the solutions he provides still comprise a small fraction of the book, this is one of those books that has most of those elements. For those in similar shoes to mine, I highly recommend it.

Note: I received a free ARC of the book through NetGalley, in exchange for my honest opinion. The book will be released May 1st.

Guest Post: Nikki Trionfo, on Shatter and Her Life as an Author