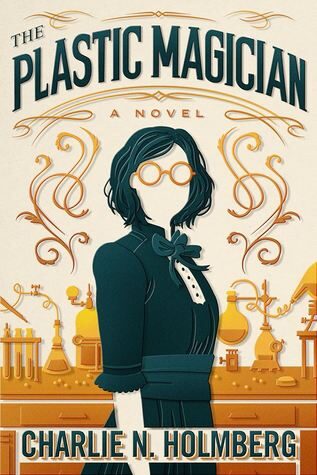 If you follow my blog at all, you’ll know that I’m a fan of Charlie Holmberg. I loved her books The Fifth Doll and Magic Bitter, Magic Sweet. So, when given the opportunity by Netgalley to review a free ARC of her most recent book, The Plastic Magician, to be released on May 15th, I jumped at it. While this book, the fourth in her Paper Magician series, was an imaginative, fun read, it wasn’t quite the caliber of the other books I’ve read of hers. But I still recommend it, if you’re looking for something light and easy.

What Plastic Magician Is About 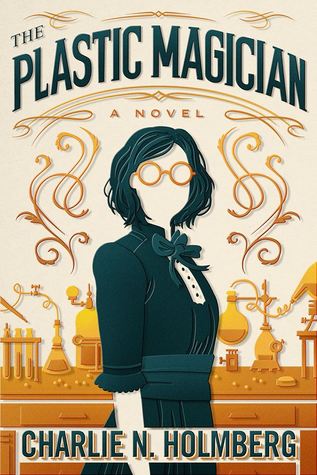 Alvie Brechenmacher is an apprentice in the field of plastic magic; she can bespell the substance to do any number of things, as long as she studies hard under her mentor, the world-renowned magician Marion Praff.  Alvie’s enthusiasm reinvigorates her mentor’s work, and together they create a device that could forever change Polymaking (the magic of materials). But Magician Praff has a bitter rival who learns of their plans and conspires to steal their invention and take the credit for it himself.

Alvie is a wonderful main character, a young woman who is smart, clueless in the ways of romance, attractive, mechanically inclined, eager, clumsy, and excited. As part of her apprenticeship, she’s required to do volunteer work at a local hospital, where she meets and befriends a young girl who has recently had her arm amputated. She happens to meet the girl’s brother, Bennet Cooper, and a cute romance develops between them.

Even though Alvie’s in her early twenties, I think the people that would most like this book would be young girls between the ages of 8 and 20. The plot, because it involves minimal conflict and a lot of magic, is more middle-grade than young adult. And, if you read and liked The Paper Magician, The Glass Magician, or The Master Magician, you’d probably like this book too, although I’m told that Alvie is quite different than the main character of those books, Ceony.