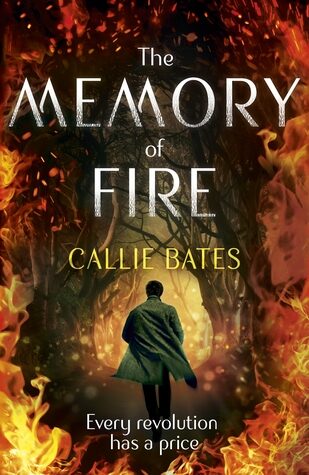 I found myself jumping back and forth between four books this past week: Memory of Fire by Callie Bates (speculative), Life As We Knew It by Susan Beth 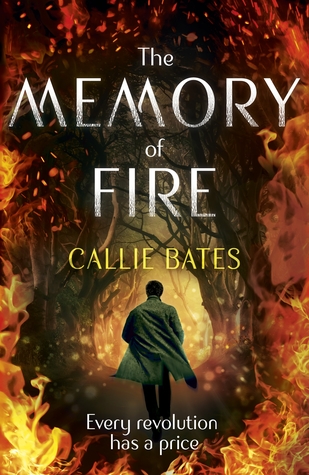 Pfeffer (YA sci-fi/apocalyptic), Torment by Lauren Kate (paranormal?) , and Glimmer by Phoebe Kitanidis (sci-fi/paranormal?).  Let me tell you about Memory.

What Memory of Fire is About And Who Would Like It

Memory is the sequel to The Waking Land, which I reviewed here. Like that book, it is a rousing story of magic versus evil, told in vivid first-person. It is rich in storylines, thick in ambience, and strong in style. It’s the story of Jahan Korakides, who is called to broker peace with the nation of Paladis after he helps his girlfriend, Elanna Valtai, win peace over the despotic ruler of the smaller kingdoms of Eren and Caeris. Elanna and Jahan are both sorcerers, though Elanna’s magic is a much more powerful, land-based power.

As Jahan seeks that peace with the monarchs of Paladis, the story also becomes very much one of him striving to overcome the damage and trauma done to him when he was young by a woman hired by his father to grow his magical powers, and find his brothers, who were also hurt by her. The monarchs of Paladis want to eliminate sorcery altogether, and don’t know that Jahan is a sorcerer and tied so closely to Elanna. The citizens of Paladis want Jahan to lead a rebellion that would have sorcerers holding just as much political power, if not more, than non-sorcerers. He just wants to heal, find his brothers, and get to safety, but quickly finds his way blocked and a different course laid out for him.

If I were to depict it in a video, as I’m wont to do, it would be this one:

..only perhaps sped up a little bit and with multi-colored threads as opposed to only white ones. The finished product is intricately-woven, moves at breakneck speed, and satisfies not only those readers looking for fantasy, but also those looking for high political intrigue, romance, and deft world-building.

There are a few swear words and one or two allusions to sex. There are many references to the importance of family ties, no matter how difficult they can be to maintain. There is mention of a gay relationship, handled in a very gentle way. A good amount of violence.

If I gave Memory of Fire anything less than a full 10 stars on my 10-star scale, I’d have to dock all books with the trope of a power-hungry antagonist (or two), and there are too many of those to count. I’ve read so many books lately where the antagonist is a flat character only motivated purely by a lust for power. What does it say about me that I want a little more dimension in the antagonists I read about?

Disclosure: I received a free ARC of Memory of Fire from NetGalley, in exchange for my honest review of the book.

Top Ten Books to Get Your Reluctant Reader for Christmas