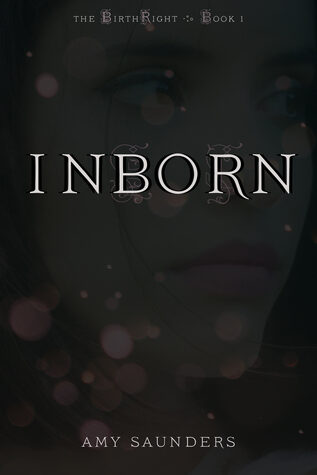 Update: Inborn by Amy Saunders is available for .99 cents on Kindle!

For all of you ten people who follow my book review blog: 1) thank you. You are awesome. 2) I’m going to break with tradition here and give a less-than-stellar review of a book, so be forewarned. I read a book recently that I didn’t quite like, and I went back-and-forth on whether or not to review this book and how to go about doing it if I did. It wasn’t easy to pin down what was wrong with Inborn by Amy Saunders, but I feel that it will be helpful for both you, my readers, and me as a writer to articulate in a constructive way its faults. That being said, it is available for free on Amazon Kindle right now, and its worth a read just because of that. You might disagree with me in your assessment of the book. 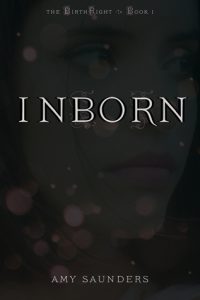 What is Inborn About?

Rosamund Brandt’s enjoyment of adolescence’s simple, normal pleasures (learning how to drive, dating, etc.) is threatened by the ever-present possibility that she is descended from aliens. Her life is threatened by a killer who seems to be routing out such non-human life forms as herself. When Rosamund becomes a target, she has a choice between playing the killer’s game and saving a few people, or getting to the core of the ongoing murders and stopping them for good. Her choice will save everyone she cares about…or unleash a new era for herself and her family, shattering whatever hope for going back to normal she had.

Readers who aren’t too picky about the style of a book, but like YA sci-fi, will like Inborn. Its premise does promise a solid amount of conflict and tension. But weak writing makes the plot too porous to really enjoy. This paragraph near the beginning is a good example of such writing:

“I peeked back at Joss and she mouthed, ‘Tell me everything.’ I nodded in the affirmative and Joss gripped her pencil.  After all that, I wouldn’t need to worry about it because things took a turn for the weird after lunch. In the middle of English lit, a school faculty member interrupted the class.”

Aside from the somewhat mechanical feeling of these words (i.e., “I did this and then I did that”) and the cliché situation they represent, there is also an incongruency of tenses that puts the reader off in subtle ways. Most of that quote, and the narrative throughout the book, is in past tense, as in “I peeked” and “Joss gripped.” “Wouldn’t” is a future “possible” statement embedded in a past tense narrative; it sends the reader into the future for a heartbeat, then back into the past. The paragraph, and the flow of the plot overall, would have been better with something like: “I didn’t need to worry about it after all because things took a turn for the weird after lunch,” or by taking the sentence out altogether, enabling the reader to follow Rosamund through events as they unfolded.

Subtle tense dissonances are scattered throughout, and are occasionally compounded by mismatched tenses and pronouns. Take, for example, this sentence:

“But the sight of it did make me bolder, so I got to my feet. Besides, it was easier to defend yourself standing up.”

The author again changes tense mid-phrase, going from past (with “got” and “was”) to present tense with “defend,” and changes point of view, going from first-person (“me,” “I,” and “my”) to second-  (with “yourself”). As I mentioned, this may not be something that would bother you, but it threw me off. That phrase would have been stronger if she’d written something like: “…so I got to my feet. I wanted to defend myself standing up.”

Various other instances of passive voice, redundancy, telling instead of showing, and unusual character reactions make what could have been a really fun, exciting read one that is decidedly less so. I would give this book a solid four out of ten stars.

As mentioned, Inborn is .99 cents on Amazon.

Disclaimer: I received a free copy of the ebook through NetGalley. All opinions stated herein are my own.