Book Review: Ever the Hunted, a Compelling Read 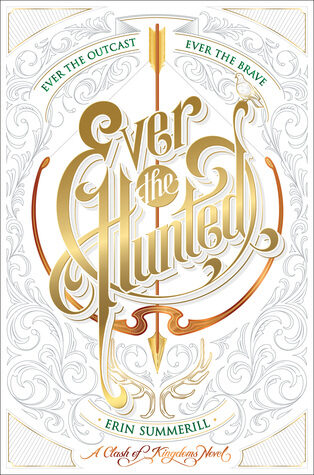 So, if we’re friends on Goodreads, you’ll notice that I’m again reading a plethora of books: Taking Charge of ADHD by Russell A. Barkley, Phd; A Writer’s Guide to Persistence by Jordan Rosenfeld; Without a Summer by Mary Robinette Kowal; and Get Out of my Life by Anthony Wolf. This week, I finished reading Ever the Hunted by Erin Summerill. It was a whirlwind read, one that made me forget all the other books I was reading, and life in general, while I sped through its pages. While there were a couple of plot points that didn’t make sense to me, fit in with the pace of the plot, or seem entirely plausible, it was overall a very compelling read. 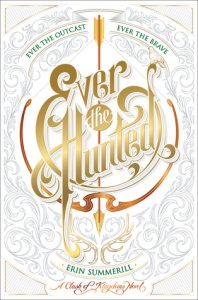 The story follows Britta Flannery, an orphaned teenager in an unruly kingdom. While her father taught her well to defend and provide for herself before he was murdered, she is not prepared to find out that the person who killed him is none other than her only friend, her father’s apprentice, a boy she hasn’t seen in over a year. When she’s told she must find him and turn him in to be executed for the crime, on pain of her own life being forfeit, she feels she has no choice but to agree. She’s assigned three guards who push her relentlessly to find him, but when she does everything changes.

And it does, in more ways than one, but in order to tell you how they change and discuss those plot points that didn’t make sense to me, I’d have to spoil most of the story, and I don’t want to do that. I want you to read this book too, and then comment on this post, so that we can have a discussion about it. Maybe they’ll make sense to you. They concern Captain Omar, one of the three guards, the wandering they do, and Britta’s motives in the final scenes. They also concern the cliffhanger ending.

You’d think, with this being said, that I wouldn’t have liked the book, but I did, very much so. I can only give it .5 out of two stars for plot, but everything else–characters, setting, style, etc.–is wonderful. I think Summerill’s writing is what really makes this book stand apart. Her style is so original and intense, it’s like pure, cold mountain water.  It’s flowing, bracing, and invigorating. Take this line for example: 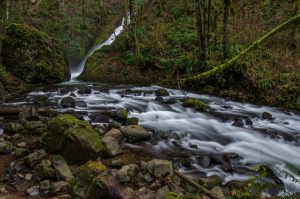 “We travel along the hills, hiding in the brush and patches of trees running parallel to the road. Clouds form in the west, gray beasts that slink away from the ocean, growling in an untamed approach.” It’s not hard to envision the setting she portrays, even though it’s imaginary and unlike modern day.

It’s even less difficult to relate to the roil of emotions Britta experiences in her journey to find her father’s murder and then reclaim her life and even those of her countrymen, even though very few readers of this book are orphaned teenagers seeking their father’s murderers. She seemed not only real and relatable, but worthy of my encouragement.

So, out of ten stars (the way I rate books), I give it 8.5. Read it too, and let me know what you think! Be forewarned that it’s part of a series, and the next book Ever the Brave doesn’t come out until December, but know also that the moment I finished Ever the Hunted, I pre-ordered Ever the Brave.