Book Review & Deal: Conspiracy of Us, A Fast-Paced Read 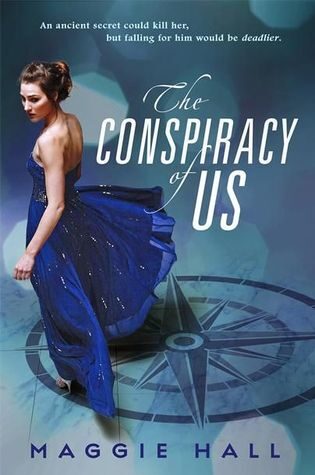 I walked into my local library a couple of weeks ago and saw a book on display–one of those “book of the week” displays–called Ends of the World. It had a beautiful  rich purple cover with a girl in a ball gown. I started reading the back blurb, and was instantly hooked…until I realized that it was the third in a trilogy. I was intrigued enough, though, that when I got home, I looked up the first book in the series, The Conspiracy of Us by Maggie Hall, to see if it sounded as appealing as the third book did, and if I could find a good deal on it. Although I suppose I could’ve probably checked the library’s database to see if they had all three books, where would the fun have been in that? The Conspiracy of Us, which I found for $6.98 on Amazon, turned out to similar in a lot of ways to Truth Seer, which I just reviewed, but more edge-of-your-seat, nail-biting, and emotional. It’s a YA DaVinci Code!

What is The Conspiracy of Us About? 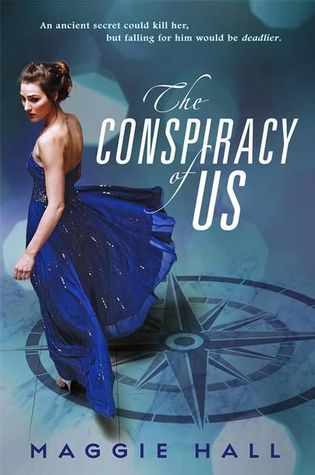 Avery West’s newfound family can shut down Prada when they want to shop in peace, and can just as easily order a bombing when they want to start a war. Part of a powerful and dangerous secret society called the Circle, they believe Avery is the key to an ancient prophecy. Some want to use her as a pawn. Some want her dead.
To unravel the mystery putting her life in danger, Avery must follow a trail of clues from the monuments of Paris to the back alleys of Istanbul with two boys who work for the Circle — beautiful, volatile Stellan and mysterious, magnetic Jack. But as the clues expose a stunning conspiracy that might plunge the world into World War 3, she discovers that both boys are hiding secrets of their own. Now she will have to choose not only between freedom and family — but between the boy who might help her save the world, and the one she’s falling in love with.

Who Would Like The Conspiracy of Us, And Why?

Anyone who likes mystery such as that found in Conjured by Sarah Durst, will love this book. If you liked the love triangle in Twilight, you’ll definitely like it, because it has one of those too. If you like fast-but-well-paced books with plots that build as inexorably and swiftly as pyroplastic clouds, as opposed to plots that constantly build and then slump over and over again, you’ll like Conspiracy of Us.

There’s a site called BetterWorldBooks.com that sells both new and used copies of books, and there’s a used copy in very good condition (which basically means it’s pretty much new), for $3.98 with free shipping.