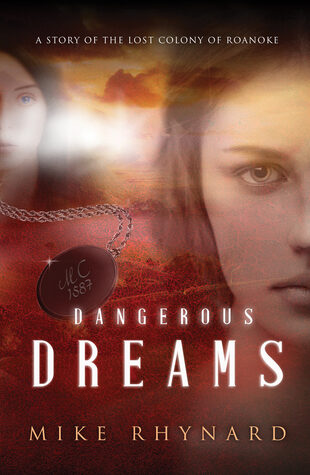 I’ve said before that I really wish that books came with “nutrition facts” labels that gave accurate, somewhat numerical indications of their contents in terms of incidences involving violence, sex, profanity, etc. This would be far easier than any kind of ranking system, and remove any possibility for bias or accusations thereof. It would enable consumers to be more informed about what they take into their minds, which I think is at least as important than what they take into their bodies. Such labels, I think, would also enable authors and publishers to more appropriately market their books. 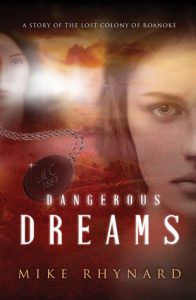 I got a free copy of Dangerous Dreams: A Story of the Lost Colony of Roanoke through NetGalley, where I was provided with the book’s genre (adult historical fiction) and a description, but not much more. I’m not generally the best reviewer of historical fiction, although I do occasionally enjoy books in that genre, but this book’s description indicated that it involved really interesting dreams. That piqued my curiousity, in part because the book I recently wrote also involves similar kinds of dreams. But I should’ve known that it would have been a more difficult read than my usual fare because of its adult genre, but went into it somewhat blindly given its lack of my desired label. So I have to qualify my rating of this book with this caveat: for its genre, it’s a really good read. But I didn’t enjoy it.

Why Dangerous Dreams is a Good Read

What I mean by that is that, as an adult historical fiction, it’s a fascinating fictional “filling out” of the real mystery surrounding the second group of European settlers to try and establish a colony on American shores in the late 1500s. It follows 117 colonists who landed on Roanoke Island, off the coast of what would become North Carolina. For a variety of reasons, their circumstances, which were tenuous to begin with, rapidly deteriorated. Their governor sailed back to England for additional supplies and colonists, but his return was delayed until 1590, when he discovered the colony had vanished. The book’s plot development–slow, complex, and based on the turning emotions and actions of various characters–is spot on for the type of book that it is. I would say it’s an R-rated version of Dances With Wolves, with a significant added plot facet being that everything that happens to the colonists is seen in vivid dreams by a girl 400 years later who embarks on a quest to understand them.

The fact that that girl’s experience reflects a similar, real-life experience of the author’s is also pretty interesting. He says, in the preface:

On several occasions in my adult life, I have experienced dreams so real…that I awoke believing I had actually participated in a true American historical event: the battle of the Alamo. I spoke [with the other Alamo defenders], laughed with them, feared with them, and ultimately died with them.

So why didn’t I enjoy it, and what does that have to do with my desire to have seen a nutrition-facts label on the book before I read it? Because it has a fair amount of brutality and murder, references to rape, actual rape, and some profanity. While perhaps true to life, it was not true to my moral code or my usual reasons for reading. One of those reasons is to acquaint myself with the better realities and possibilities of the human race.

By my ten-star rating system, which measures books on their artistic and technical merit and doesn’t take into account my personal tastes, I’d have to give Dangerous Dreams a 7. Its premise was great (2 stars), its plot and pacing were genre-appropriate but a bit slow (3 stars), its characterization was solid (2 stars), but its style, which was generally elegant, was occasionally disturbed by stiff dialogue. If I were to factor in my personal tastes, though, I would rate it closer to a 3 or 4.

Would I recommend this book to others? Yes, if this kind of book is your cup of tea. No, if not.

Everything You Need to Know About the Best Self-Help Books