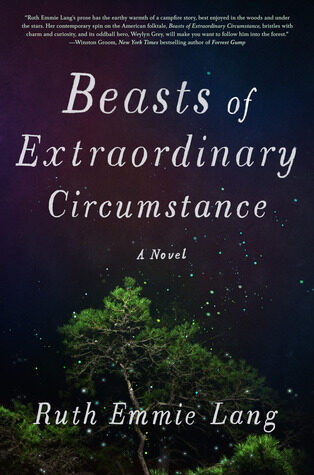 Some books are wild rides. Others are mountain treks, difficult but well worth it for the beauty and exercise. Others are walks in the park on cool summer evenings, where the sound of children laughing on swing sets and the breeze caressing the back of your neck makes you forget all your cares. Beasts of Extraordinary Circumstance: A Novel

by Ruth Emmie Lang is one of those walks. It’s such a relaxing read that it borders on boring, but it’s pleasant nonetheless.

What Beasts is About 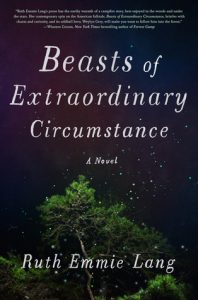 Weylyn Grey is an orphan boy raised by wolves, and the proud owner of a horned pig named Merlin. He’s not like other people. But one day he single-handedly stops a tornado that threatens the family that takes him in, and he and they realize just how different he actually is. Weylyn’s story as he grows from boy to man is told from from the perspectives of nine different people, seven of whom knew him, one that only heard about him, and from Weylyn himself…for one chapter. It’s less about his powers, which he’s very uncomfortable with, and more about how other people perceive him before and after they surmise that he has unusual abilities but doesn’t want to use them, for good or bad.

What I Thought of Beasts

If I had to give this book a genre, I’d say it’s adult literary paranormal or fantasy. It’s A Man Called Ove meets Twilight. If you like that genre or either of those books, you’ll probably like this one. It’s prose is like soft grass under your feet, the kind that’s slightly cool to the touch and doesn’t contain a sprig of crab grass anywhere.

I’ve admitted before that I can be somewhat impatient when it comes to plot development. In fact, I think my exact words were “I’m an adrenaline junkie.” So, when I say that a book might be boring, you have to keep that in mind. As Beast’s plot moseys back and forth from present day to Weylyn’s growing-up years, and from one character’s point of view to another, one can almost hear the laughs of the children on the swing sets at the park fading and growing louder, then fading and growing louder again, as they swing back and forth. 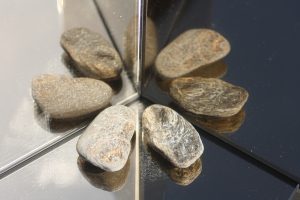 And the fact that it’s told from so many points of view—which can be quite disorienting, I must say—means you get to know Weylyn only by the reflections made by other characters about him, as if they were all holding up mirrors pointed at him, encircling him metaphorically, and we as readers are standing in the circle right next to Weylyn unable to perceive him directly. This is what’s called a literary foil, and it’s an interesting, artistic technique. If you enjoy books that are more about getting to know the characters than about finding out what they do or what happens to them, you’ll like Beasts of Extraordinary Circumstance.

Stars? Six out of ten.

Nutrition facts? A few “grams” of swearing, no violence, no sex.

Book Review: The Knowing is Amazing