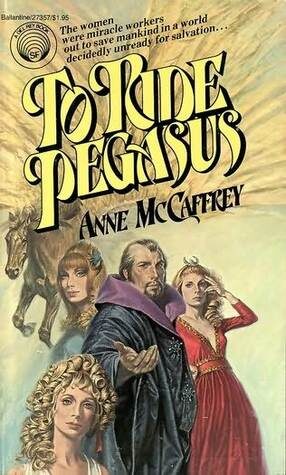 Can I tell you why I’m fascinated by science fiction, as both a reader and a writer? 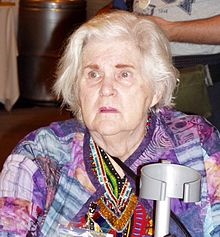 Ann McCaffrey is one of those women. Before she passed away in 2011, she had a 46-year career as a science fiction writer, publishing 120 books, short stories, and novellas. She was the first woman to win a Hugo Award for fiction and the first to win a Nebula Award. Her 1978 novel The White Dragon became one of the first science-fiction books to appear on the New York Times Best Seller list. I totally want to be her.

One of her many books, called To Ride Pegasus, is somewhat characteristic of the New Age of science fiction, during which writers in that genre placed a greater emphasis on style and storytelling than previous writers who had focused more on premise. To Ride Pegasus, as a representative of that age of science fiction writing, is a fascinating read.

What Is To Ride Pegasus About? 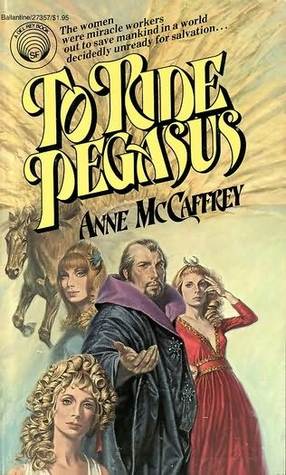 They were four extraordinary women who read minds, healed bodies, diverted disasters, foretold the future–and became pariahs in their own land. A talented, elite cadre, they stepped out of the everyday human race…to enter their own!

You can get To Ride Pegasus for $3.79 on ThriftBooks, which is more than $4 less than the $7.99 you can get it for everywhere else.

I would argue that anyone who considers themselves any kind of a science fiction has to have read at least one Ann McAffrey book, and this is a good one to start with. This isn’t my favorite of Mrs. McCaffrey’s because the conflict wasn’t particularly focused, the main point-of-view character switched to someone else a third of the way through the book, and the climax and denoeument took place in all of about five pages. This is a book you read to become a more knowledgeable fan of the superhero sub-sub-genre of science fiction, of which books like Steelheart are more recent, typical examples.