You know we all have stories to tell, right? Everyone has had an experience or experiences in their life that could be written into a story or book, whether it be memoir, self-help, fiction, etc. Yes, about a million books are published every year in the United States, but I’ll bet that there a billion more waiting to be told. Personally, I’d like to read them all! And I have a few to tell myself. These aren’t just the fiction stories I’ve been writing and telling you about. These are things I’ve lived through and know that others are experiencing as well. One of my stories is about infertility. And I’m telling it to you now that it has a happy ending, so that I can help others who are currently going through it. 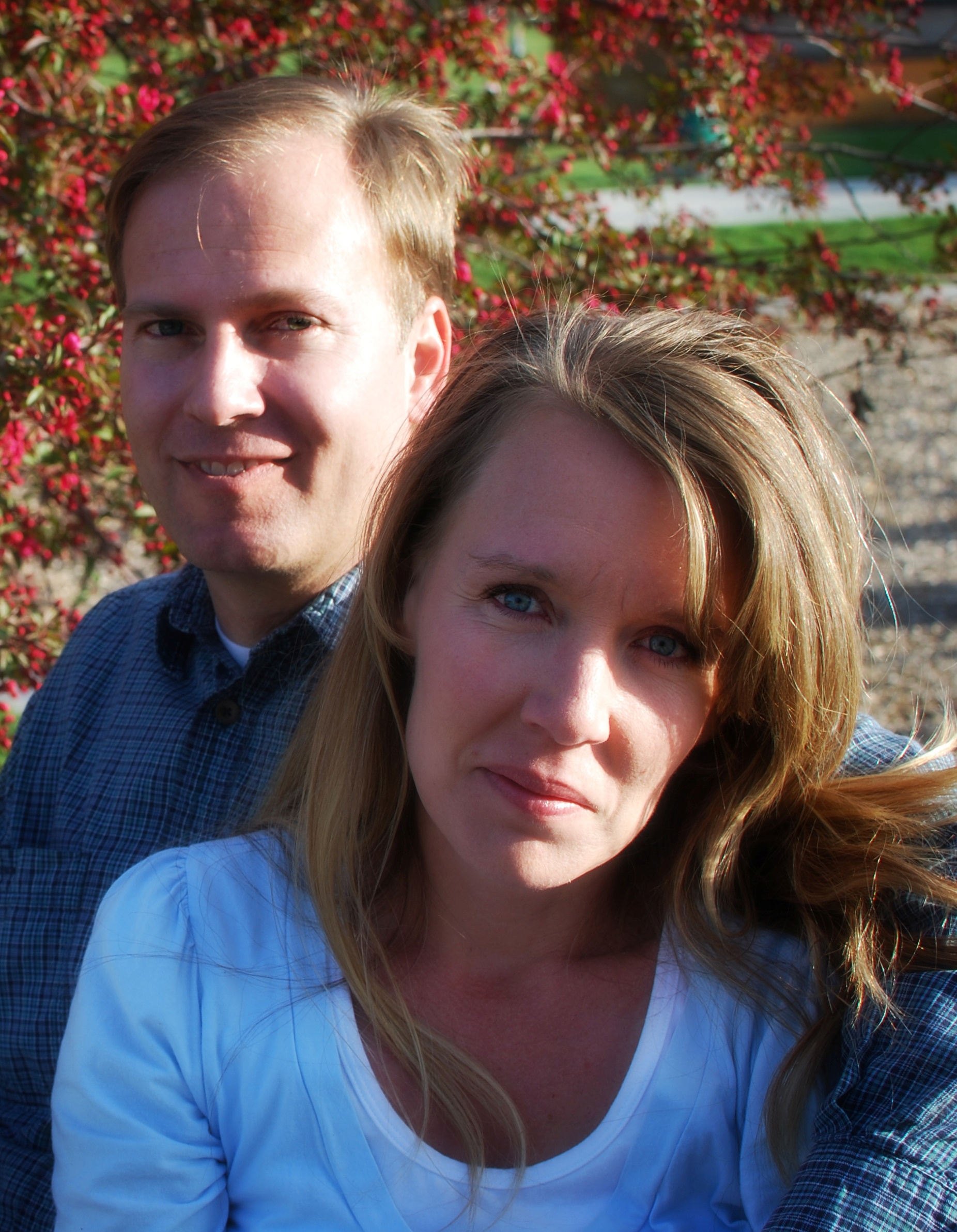 Once upon a time, there was a young woman named Jamie and her wonderful husband Bruce. They had worked hard to build a stable and happy home that they could bring their children into. They had hope that they would have two or three children, but began trying and nothing happened. They tried for a year and nothing happened. Her doctor said she shouldn’t be concerned until a year had passed, so at the end of that year, she saw her family practitioner, who referred her to an OB/GYN. This OB/GYN claimed to know how to treat infertility, but just put her on clomid (an ovulation regulation drug), did a simple test to make sure her fallopian tubes were functioning properly, and sent her on her way. Nothing happened for another year and a half, except more disappointment. Jamie could tell that what the OB/GYN had prescribed wasn’t working, and that she and Bruce needed to change doctors, but there weren’t that many doctors specializing or board-certified in infertility at the time, and it was difficult to tell who they should switch to.

On the recommendation of a friend from Bruce’s work, though, they finally found a doctor who specialized in infertility. This doctor was a bear of a man, tall, big, and bald, except for a very bushy beard, and his practice was a bit unorthodox, but he immediately ran several tests on Jamie that showed she had endometriosis, corpus luteal phase defect, and a hostile cervix. Jamie and Bruce were very happy to get those diagnoses because with each one came a specific treatment and course of action. Within a month of having laporoscopic surgery to remove the endometrial scar tissue, taking more drugs, and doing artificial insemination, Jamie was pregnant!

For as difficult as it had been for her to get pregnant, her pregnancy was very easy. She had no morning sickness, very little energy loss, and nine months later, she delivered (by emergency c-section) a healthy baby boy. And for a time, everything was wonderful, even though that baby boy didn’t sleep. 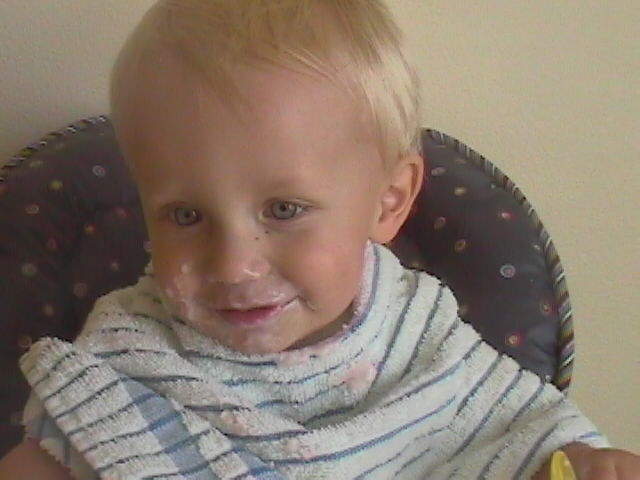 But when he turned a year old, and she began to wean him from breastfeeding, she began experiencing drastic bouts of insomnia. This was different than the nights she hadn’t been able to get back to sleep after getting up with her baby several times. This was not being able to fall asleep at all until the wee hours of the morning, no matter how the baby slept. This was waking up several times a night for no reason, multiple nights a week.

After two or three weeks of surviving on 5 or 6 hours of sleep a night, Jamie went to see the doctor who had helped her and Bruce get pregnant. He immediately referred her to a psychologist and a sleep clinic. The psychologist didn’t know how to treat insomnia, but the sleep clinic doctor diagnosed her with Restless Leg Disorder and Excessive Limb Movement Disorder, neither of which totally explained why she was having such drastic sleep problems. He told her she would likely have these sleep problems the rest of her life, and prescribed Ambien to her. Well-meaning friends and family also suggested she take melatonin and diphenhydramine, all of which she did. They helped, but the bad insomnia didn’t go away. Jamie met with a couple of other specialists, but they didn’t change anything, not willing to mess with the hormone treatments she was taking to control her endometriosis, which is  usually a life-long condition.

This went on for a year and a half. Finally, in complete desperation, Jamie felt prompted to visit a new doctor, a female family doctor who had just opened a practice in Provo, Utah. That doctor ran several blood tests that showed that some of Jamie’s hormones were way out of wack, despite her hormone treatment. So the doctor told her to stop taking everything. Jamie did. Within a few weeks, the horrible, soul-crushing insomnia was gone. Needless to say, Jamie and Bruce were both very thankful for this new doctor.

After a few months, Jamie and Bruce began trying to have a second child. By this time, Jamie was 36 years old. They took the same course of treatment that they’d taken to get pregnant with their first child, given her diagnoses, but it didn’t work. They did it two or three more times, without success. They knew they needed to see another infertility doctor, but the one who had helped them get pregnant the first time had been convicted of prescription fraud and was no longer able to practice in Utah. They had friends and neighbors who had had successful treatments at a nearby university clinic, where, reportedly, the top infertility experts in the state practiced. They made an appointment, although they had to wait several months to get in because of the experts’ long waiting list. During that time, Jamie painstakingly assembled all the medical records pertaining to her infertility treatment thus far, and sent it to the expert they’d be seeing.

He didn’t read it. Based upon a cursory scan of her records and Jamie and Bruce’s initial consult with him, he prescribed several more rounds of artificial insemination. Knowing they wouldn’t work because they only addressed one of Jamie’s infertility diagnoses, they went through a couple of unsuccessful rounds, and then decided to switch doctors. The family practitioner who had ended Jamie’s insomnia did not have expertise in infertility, but she did refer them to a specialist at an Orem, Utah hospital. This doctor, just listening to Jamie’s long infertility history, immediately recommended an ultrasound. That ultrasound was done, and it was apparent to Jamie just by the look on the radiologist’s face during the procedure that something was obviously wrong. She got a call from the doctor who’d recommended the ultrasound saying that they’d found what looked like some big cysts, one of which had striations on it that might indicate cancer.

He referred her to a reproductive oncologist, who she saw immediately. Upon a physical examination, he could tell that Jamie had much more than just a cyst. One was probably a certain kind of large tumor, he said, and he was even able to twist Jamie’s insides around so that she could feel the tumor through the skin of her belly. She was immediately scheduled for surgery.

Upon recovery from that surgery–called a salpingo-oopherectomy, she learned that she indeed had a large tumor, called a cystadenoma, that had grown to 13 centimeters in diameter (about the distance from her wrist to the end of her pinky finger) in her right ovary. The tumor was benign, thank goodness, but shaped like a large, flat, sharp-edged disc, so it had necessitated the removal of that ovary and its accompanying fallopian tube. Despite an allergy to morphine being discovered during her recovery from that surgery, she recovered quickly, and she and Bruce were once again grateful that a problem had been once again been found and fixed.

A few months later, they met with a doctor at an IVF clinic. They were hopeful that they would once again be able to conceive, but Jamie now had three diagnoses, one less ovary and fallopian tube, and was 38 years old. This doctor did one IVF procedure, which failed, then told Jamie and Bruce not to waste their money on any more procedures, as they were unlikely to work.

While grateful for the one child they had been able to conceive and for those doctors that had helped her on her journey, they were devastated. They began the process of letting go of the hope they’d had for a couple more children, which felt to Jamie like grieving, and focused on making the most of every day with their son and good sleep. Those were, after all, huge blessings.

And then, six months later, completely on their own, Jamie and Bruce conceived another child. Five and a half years after their first child was born, their second and last child joined their family.  He was truly a miracle. 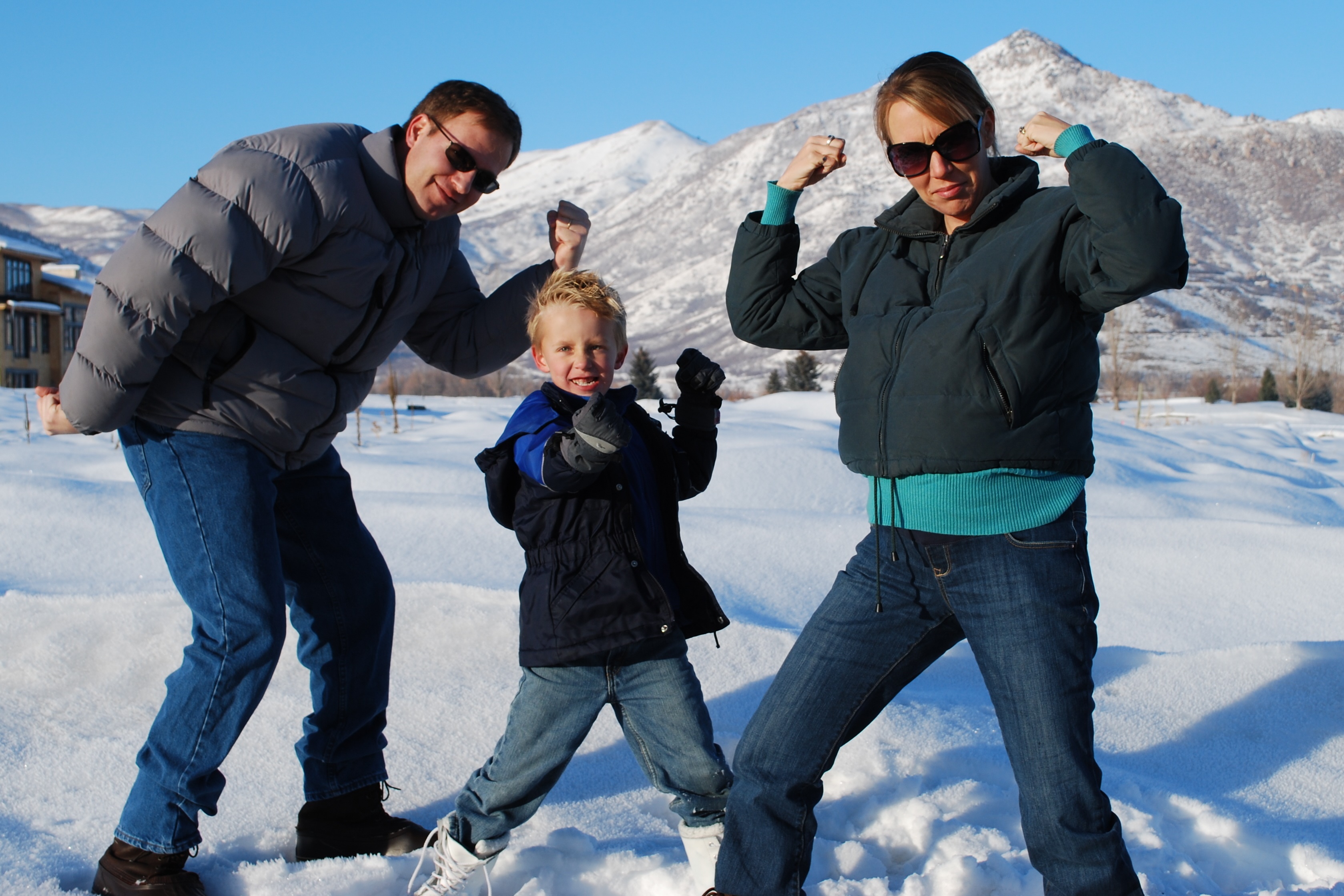 Bruce, Jonah, and Jamie, about eight months pregnant with Evan, our second. 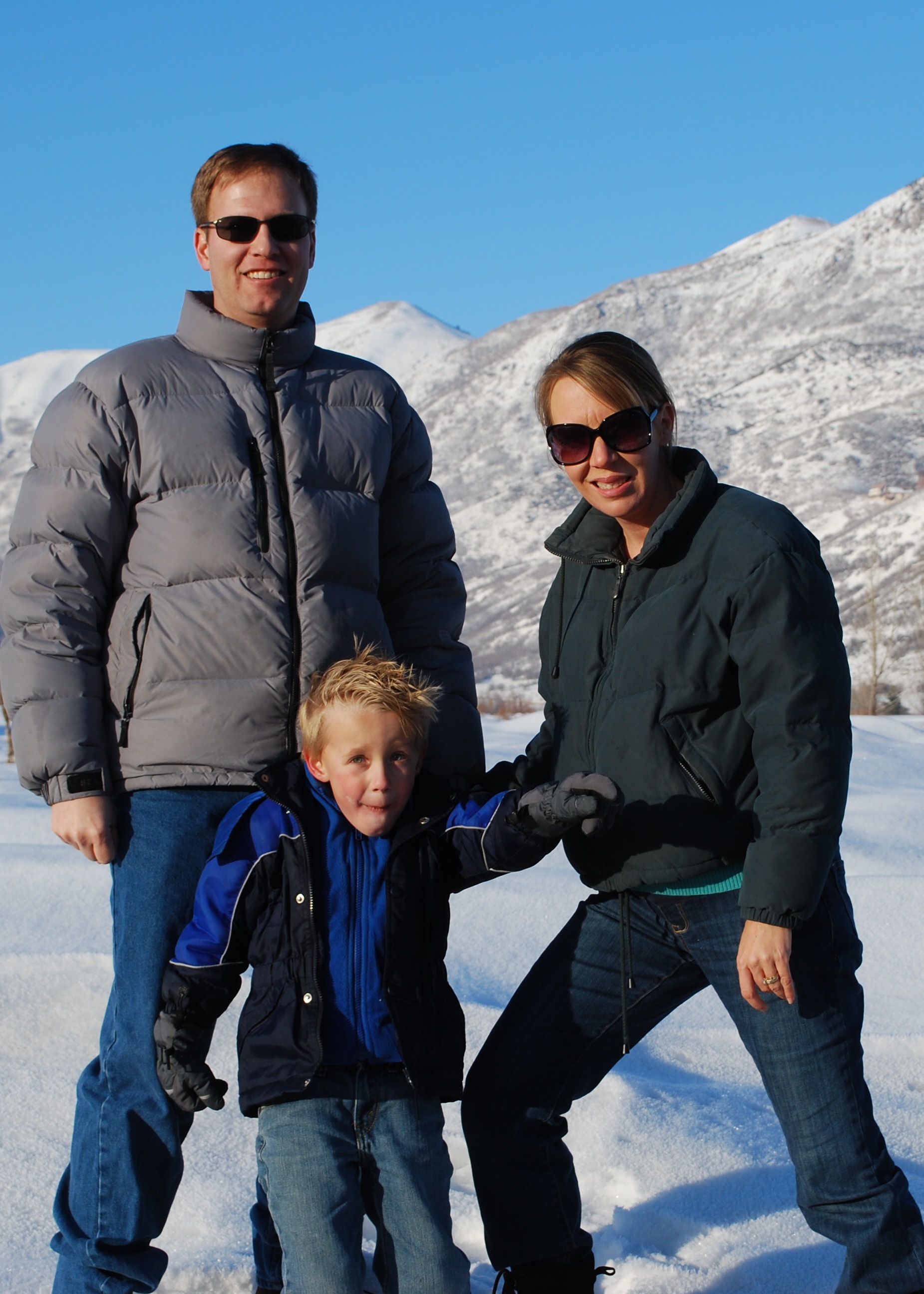 Today, Jamie and Bruce have two boys: a 15-year-old and a nine-year-old. They’re extremely grateful for the lessons they learned during their infertility journey, which are:

Jamie’s story–my story–is only one of many. In my neighborhood, ten other women went through infertility the same time that I did, and they now all have children. My niece, Jenica Parcell of ASliceofStyle.com, experienced it, and she now has twins. About 1.5 million women in the U.S. are currently experiencing it. Jenica became part of  a group that raises money for those 1.5 million women, so that some of them can get the assistance they need to fund:

BundledBlessingsFertility.com is now accepting grant applications from couples currently experiencing fertility who need help paying for the expensive procedures they need to gain the blessing of parenthood. They have been raising money, and now want to make sure the money they’ve raised goes to the people who need it. They need help getting the word out! I told my story so that they can hopefully have a happy ending to their infertility stories. Spread the word! 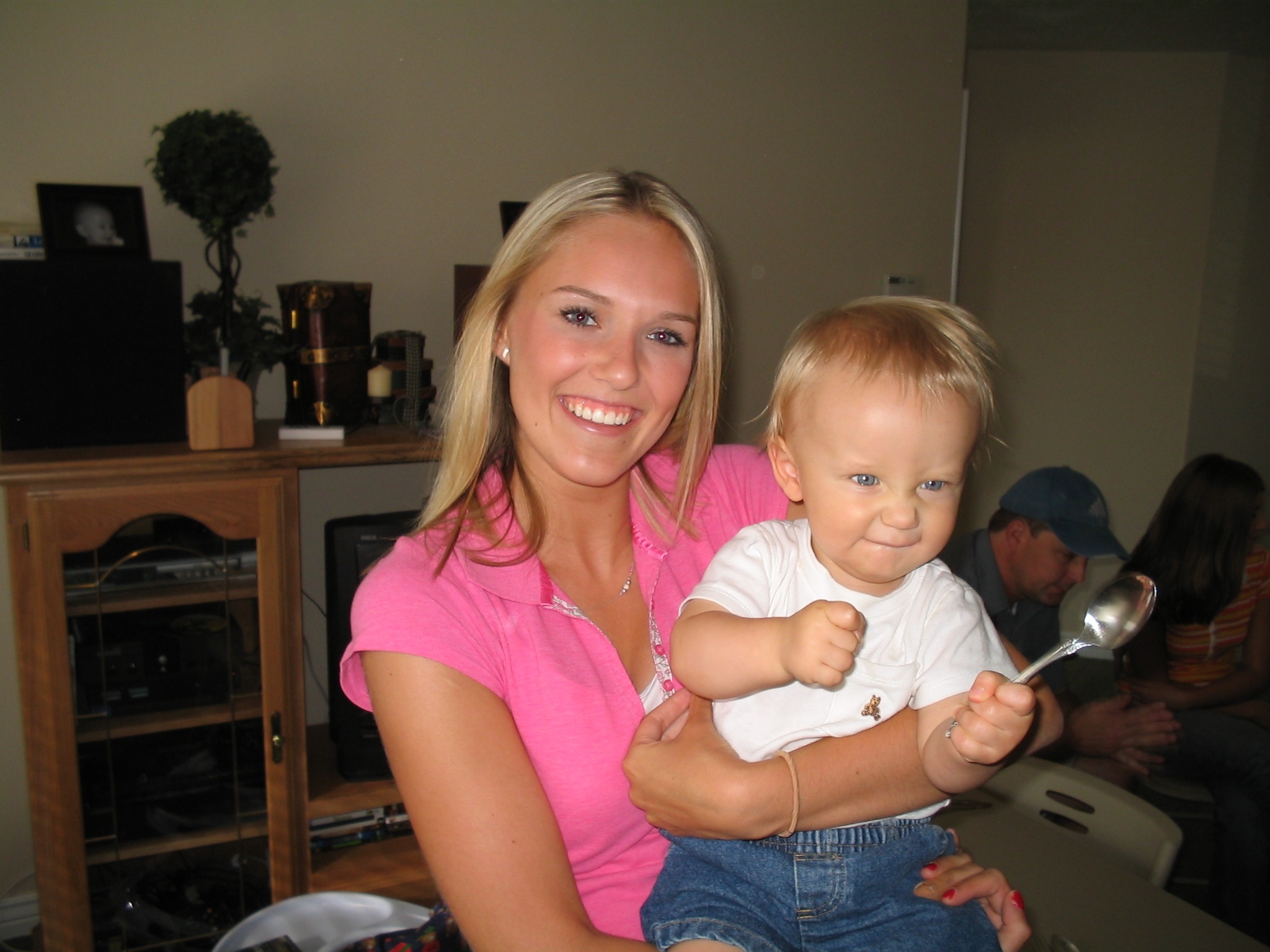