Oh, so much to say about The Knife of Never Letting Go by Patrick Ness! Anyone who loves really intense reads with lots of voice will love this book.  Let’s start with first things first: 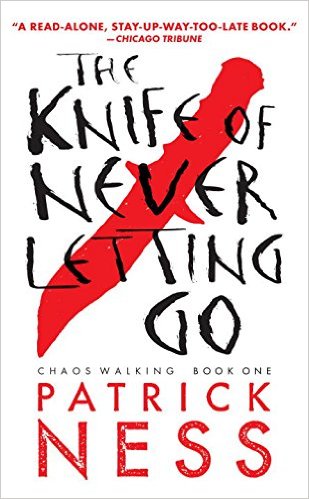 What Is The Knife of Never Letting Go About?

Prentisstown isn’t like other towns. Everyone can hear everyone else’s thoughts in an overwhelming, never-ending stream of Noise. Just a month away from the birthday that will make him a man, Todd and his dog, Manchee — whose thoughts Todd can hear too, whether he wants to or not — stumble upon an area of complete silence. They find that in a town where privacy is impossible, something terrible has been hidden — a secret so awful that Todd and Manchee must run for their lives. But how do you escape when your pursuers can hear your every thought?

As mentioned, anyone who likes really intense books with lots of style and strong characters. This book has some tremendous strengths. The characterization of Todd Hewitt, the main character, is so skillfully accomplished, for one thing. We’re are able to understand a lot about him and his world simply by the way he speaks, his flashbacks, and his reactions to the few other characters that make up his existence during this book. There are so few books with good characterization these days that to find this was a treat.

And the plot is nail-bitingly intense, kind of like Glimmer, yet well-paced,  like Conspiracy of Us by Maggie Hall. It can be really tricky to portray a realistic, relatable main character without slowing down the plot. It can also be really tempting to construct the plot entirely out of life-and-death situations to keep up the breakneck speed. But there are calmer, more philosophical moments that balance the intensity.

Unfortunately, there were a couple of things that I really didn’t like about The Knife that kept me from giving it a resounding 10 out of 10 stars. There was one point in the book that felt a little unrealistic to me, but I won’t specify which for spoilers’ sake. Most of all, though, the ending did not work for me. Though it did resolve the central conflict, it was completely unexpected and unsatisfactory. It was a total cliffhanger. Of course, I did fall for it, and immediately went out and bought the second book. Thankfully, I really enjoyed both the second and third books in this trilogy.

You can get a used copy in very good condition for $3.99 in Thriftbooks.com.

Violence (from CommonSenseMedia.org): “Lots, and quite grim and gruesome, including a man who has part of his face torn off, a man who beats and stabs a boy, a dog killed by breaking its back, children killing, and a girl shot in the belly. There are many injuries with realistic consequences, and many deaths. One especially gruesome climactic fight involves breaking of bones, snapping of gristle, crushing of eyeballs, and lots of blood.”

Negative themes (sexism, violence is the way to solve everything): 2 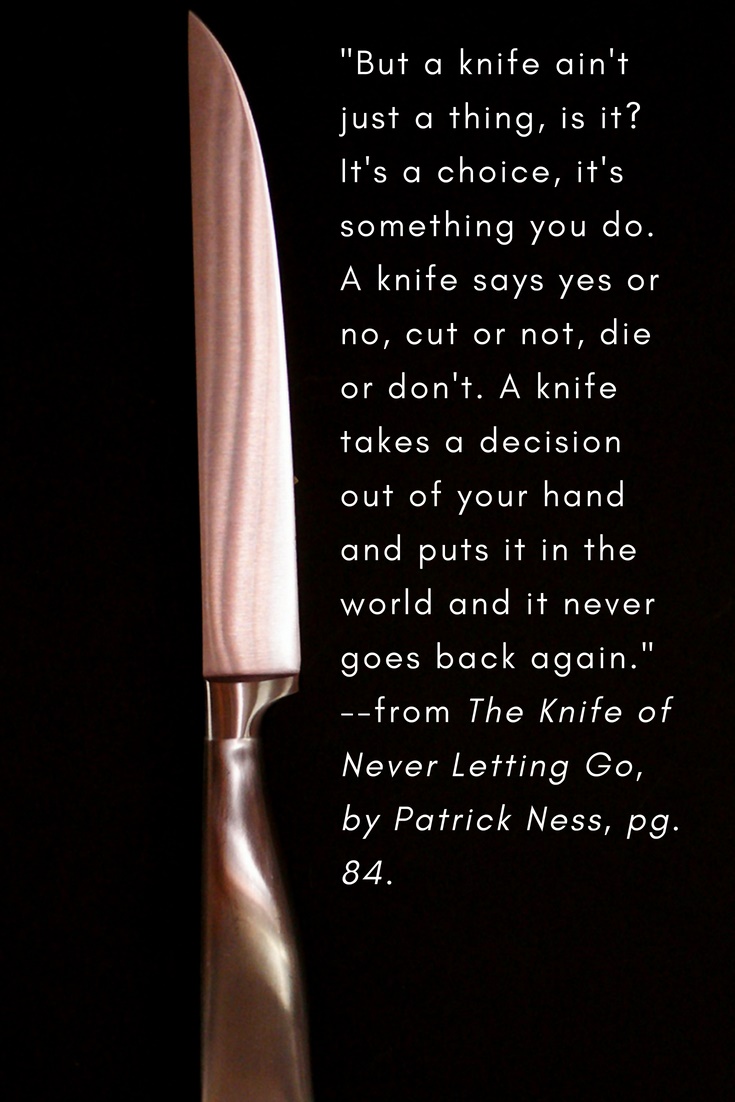